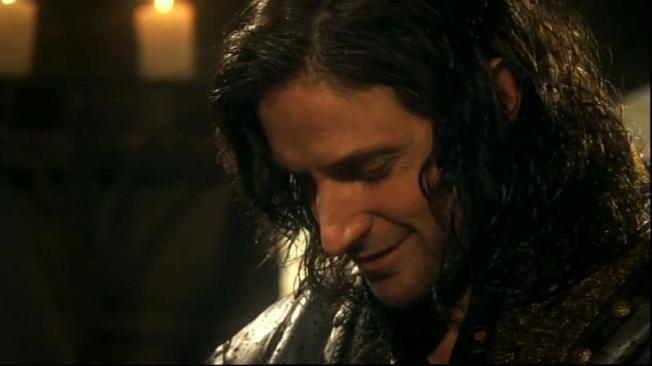 Guy as happy as a kid at Christmas after being presented with the keys to Nottingham Castle and the title of sheriff.. 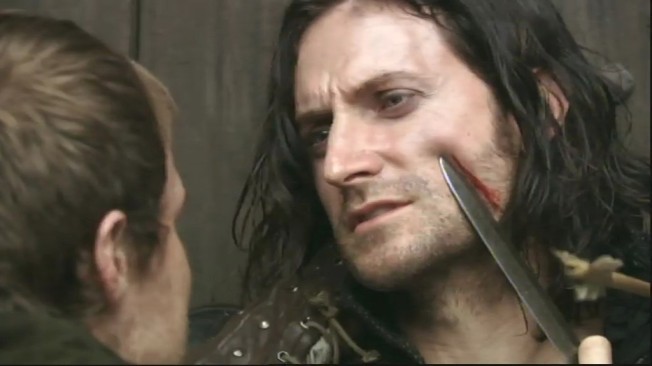 Guy begging Robin to kill him. "I live in Hell!" Robin cutting his cheek and telling him to "stay there." Heartbreaking. 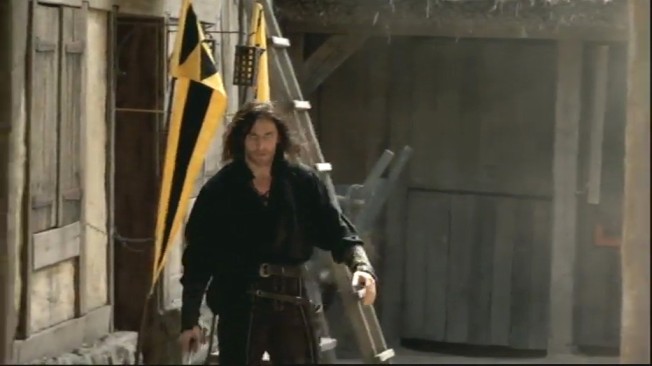 The first time we see boozy WildMan Guy stumble drunkenly out of Locksley Manor for his confrontation with Robin. 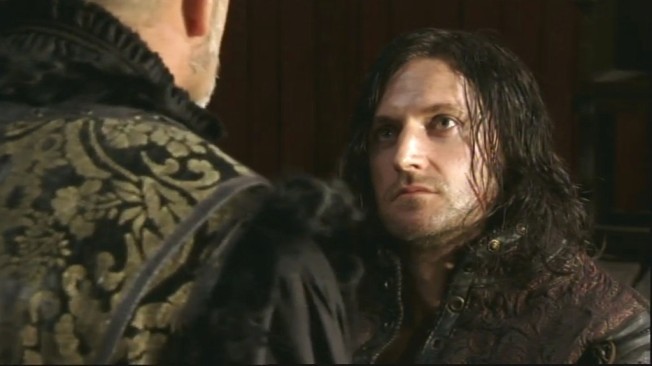 Guy to Sheriff: "You know, I've come to the conclusion that I don't like you." And then tossing Sherry on the table and pinning him down. Finally, Guy standing up to the troll.

I think Sir Guy is one of Richard’s most complex characters and he is the one we got the most of–37 eps in all, although there was not nearly enough Guy in some of those eps. *shakes fist at TPTB*

In Series 3, Richard pulled out all the stops. He displayed despair, desperation, fury, a feral madness, shame, guilt and thirst for revenge. And that was just in the first episode. The character of Guy truly took on an operatic grandeur as the quintessential tragic hero. It was a tour de force performance by RA.
Here are just a few of what I consider stand-out moments for S3 Guy. What are some of yours?

I made this video because I am so proud of Richard and happy–nay–thrilled–at his successes as he continues to go from strength to strength. It truly couldn’t happen to a more deserving individual.

I suppose as the release date draws closer, some ill-informed media person (I used to be a media person so I can take a few pot shots) will refer to Richard as an “unknown” who is getting his big break with his casting in The Hobbit.

There’s no denying playing one of the lead roles in a blockbuster movie–one that already has a huge worldwide audience eagerly anticipating it–is a big break, but that phrase almost implies he lucked into a plum situation.

I am not saying Richard hasn’t had some serendipitous moments in his career, but I believe he is where he is now due to a great deal of hard work, preparation and determination matched by an incredible talent. He kept plugging away even when no roles came from the auditions, when he had to lay floors and work front of house to make ends meet, not just for months, but for years.

There may be other actors who have as much natural talent and professional training and experience as Richard; I don’t think there are very many who take as full advantage of every “weapon” in their acting arsenal as Richard does.

I love that he doesn’t rest on the laurels of his considerable good looks; he makes use of every facial feature, of his posture, his walk, the way he holds his head, the way he utilizes that marvelous instrument of a voice with its deep, honeyed baritone. If the role calls for him to make himself look unnattractive at times (look at some of the screencaps of him as John Thornton thrashing the mill worker or Guy on any number of occasions, bless his heart). I suspect this is not an actor who insists being filmed only from his “good” side.

Whether the role is large or small or something in-between, I feel that I count on Richard to give his best, to make use of the expressiveness of his face, physique and voice, to make use of all the knowledge and wisdom he has accumulated over the years, the good years and the lean ones; in short, to give a performance worth our time and attention.

Sometimes I wish I didn’t find his characters so compelling; I imagine how much easier it would if I didn’t care so much or feel so gutted when they meet a terrible and unjust end. But I pause to reflect and I know how much I would hate to have missed out on the sublimeness of his Guy, Lucas, or Porter. Even knowing in advance the ultimate fate of Thorin, I nevertheless look forward with a child-like glee to seeing him on that big screen and hearing that wonderful, distinctive voice speaking and singing and entrancing me once more. Even knowing I will have to break out the Kleenex yet again.

Yes, Richard. I am proud of you, amd amazed by you. Amazed by your talent, charisma, masculine beauty, gentlemanly nature, modesty, intelligence and sense of humor. You are a dreamer who gave feet to his dreams through working and studying and doing his best. And I am so, so very happy to see your dreams coming true. I cannot wait to see the other wonderful things on the horizon for you.

Nobody deserves it more. 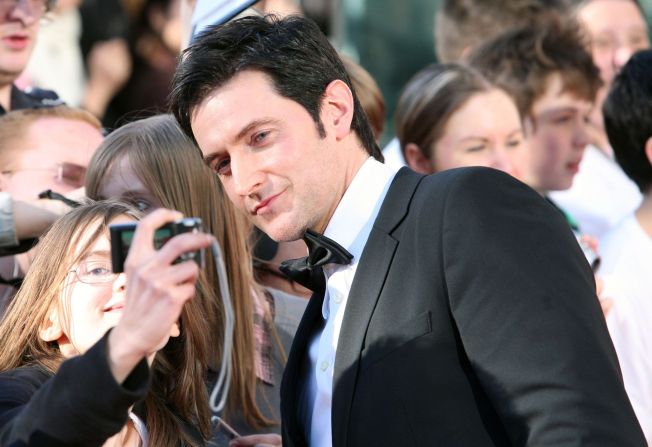 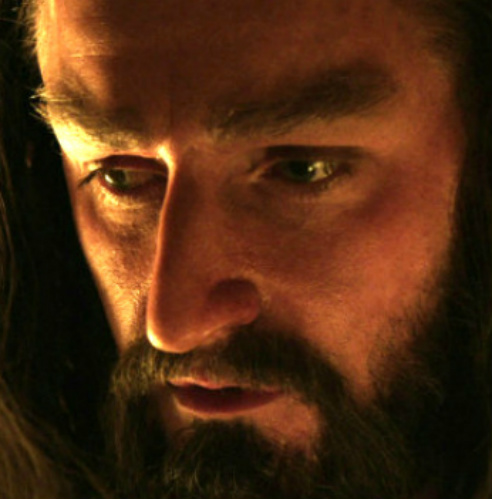 He may be a foot-and-a-half shorter than me and some 150 years my senior. I still find this guy VERY attractive. 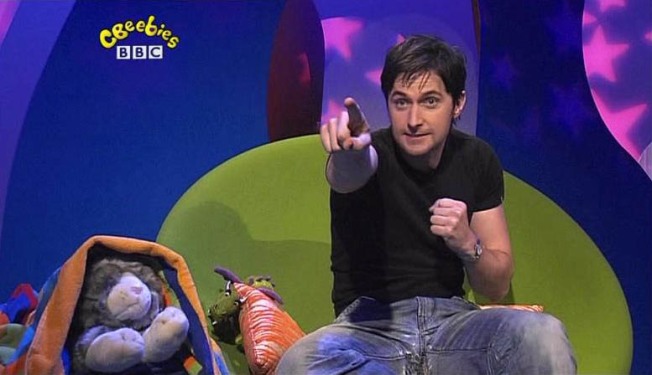 "Watch out! It's my screechy nemesis, the Scrofulous Skank called Kate!" OK, actually he is saying it's his sister Kate, but i never miss an opportunity to make fun of the RH character.

Good morning–or afternoon, as the case may be. I hope everyone had a good weekend. I thought we might start things with some pleasant images . . . screencaps courtesy of Richard Armitage Net