Mr. Thornton doesn't know what to think about such foolish female frippery.

When I saw certain “hat” fashions worn at the royal wedding–called fascinators–I admit I got the giggles. Because I found myself thinking of the funny lady below, and some of the bizarre fashions she loves to wear. Mr. Thornton looks askance, but he would not be all surprised if Fanny showed up wearing such a ridiculous bonnet, if she was told it was the latest Parisian fashion. 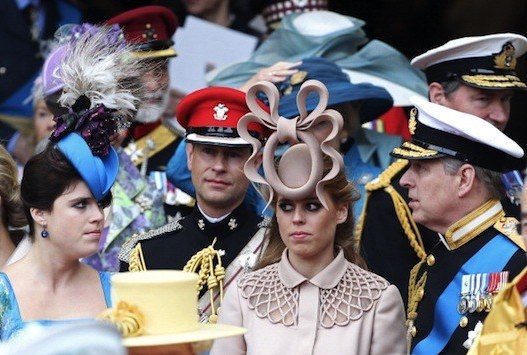 Does it demonstrate I am totally out of synch with fashion for laughing uproariously when I saw the princesses? 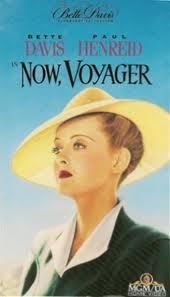 Bette as the newly made-over Charlotte Vale in Now Voyager. 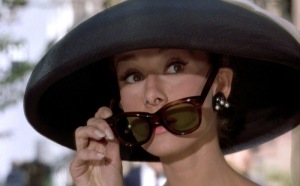 Audrey in Breakfast at Tiffany’s 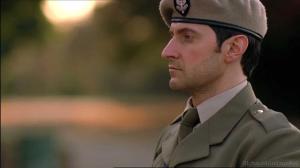 Richard has worn various types of hats, helmets and headgear in his roles, from Mr. Thornton’s sober black top hat and Capt. Ian and Sgt. Porter’s berets to Monet’s jaunty caps. I generally quite like Mr. A in his headgear(Percy’s top hats actually helped to detract from RA’s less-than-flattering haircut for that role).
And I found myself drawn to look at some fabulous hats from the movies. You know me, I am a sucker for a great chapeau.

In case you haven’t noticed, I have a very cheeky, naughty side. And my cheeky side has to come out and play on a regular basis.

This need is oft channeled through creative outlets such as fanfic and fanvids. And this fanvid is very naughty and very tongue-in-cheek. Enjoy–and remember you have been warned. *wearing extremely cheeky grin*

This is another Monet video of mine in HD, with quotes and paintings from the “real” Monet, lovely screencaps of the “reel” Claude and music by Yo-Yo Ma and friends. Perhaps this is also Monet Monday?

Standard
www.richardarmitagenet.com has their latest poll up asking fans which is their least favorite of RA’s characters.  Hydra spy and saboteur Heinz Kruger from Captain America is leading the pack with Paul Andrews of BTS coming in second. These results don’t really surprise me.

But what did rather astonish me were the 5.8 percent who voted for Claude Monet.

Really? Claude with his lovely smiles and infectious laughter, his incandescent blue eyes and his joie de vivre? Claude, who created all those magnificent Impressionist paintings? Look, I know the wig was dodgy and you might not be into the hircine look he acquired later in the series, but–least favorite character?  His attire was sometimes questionable and RA lacked the musculature developed for other roles, but–heavens, let’s not be completely shallow (it’s OK if we are a little shallow).

Granted, I have an art background and the Impressionist school is my favorite, so I might be a wee bit prejudiced, but–really? Monet?

I just don’t get it.