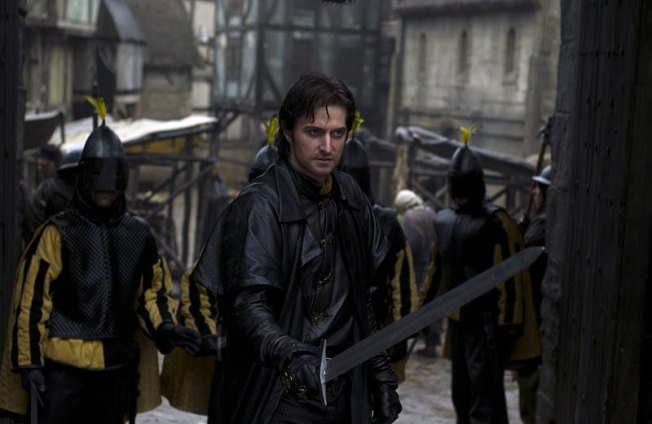 Sir Guy, my favorite RA character and the one who introduced me to Richard's amazing acting skills. Sir Guy definitely has tenacity (and mad skillz with the eye makeup and a really big, shiny sword).

My computer power cord is driving me mad. It’s due to be replaced, another is on the way–it’s been so capricious of late, I never know if it’s going to charge the battery or simply be as lifeless a lump as Sarah Caulfield was at times. The power had dropped to 12 percent so I shut it down a while and let it have a rest. Now it is working again, at least intermittently. The transformer is burning my chest a bit but it that’s what it takes to make it work, so be it.
After all, Richard Armitage is not one to say “die,” why should I? Now, it only this goldarned power cord would cooperate. I’ve FanstRAvanganza commitments to keep, and days to go before I sleep, and days to go before I sleep . . . apologies to Robert Frost.
In the meantime . . . this bloke has got the power, even if fedoralady doesn’t.