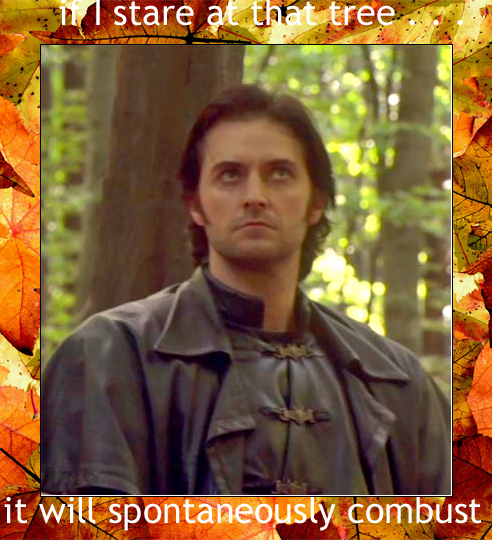 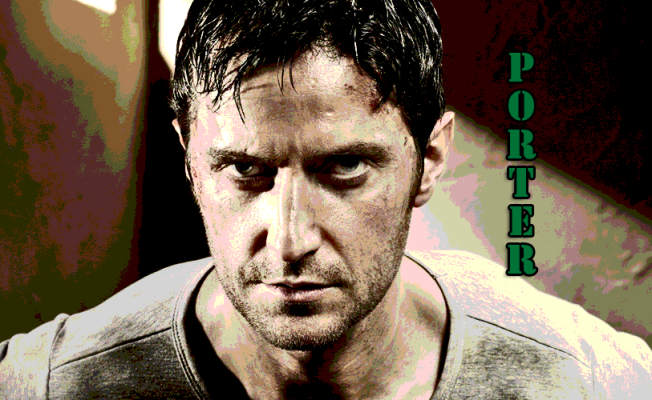 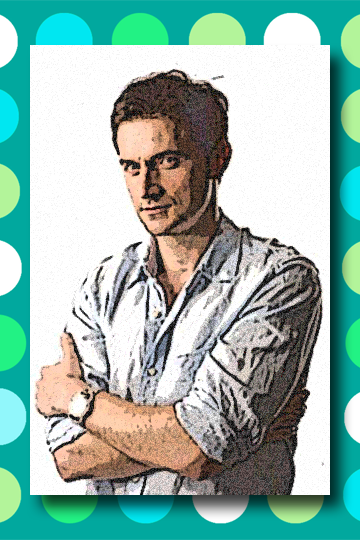 Because we are equal opportunity oglers. And Portah is soooooo yummy. 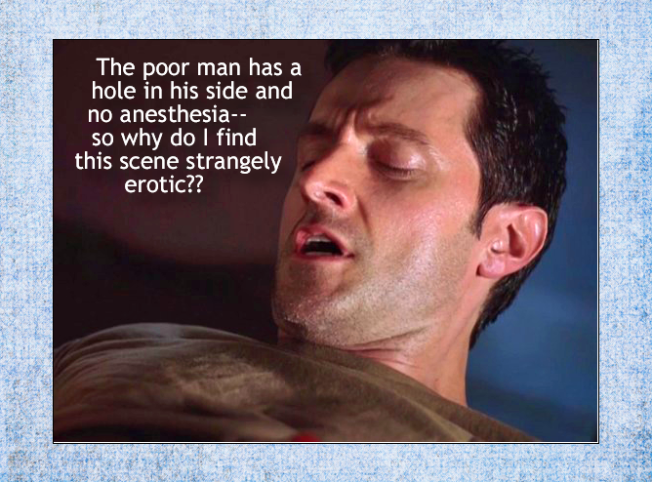 More John Porter. Can anyone of us forget those moments when he introduced himself to Katie, checking her injuries and doing his best to console and encourage her. “Trust me.”  And she did. And we did. Don’t we all have moments in life when we wish a John Porter would show up and console and encourage us? And then there’s that lovely “aw-shucks” moment when Porter gets the approval of the nun, who now realizes he truly is “a good man sent by God.” Love his smile here.  Love John Porter. My hero. 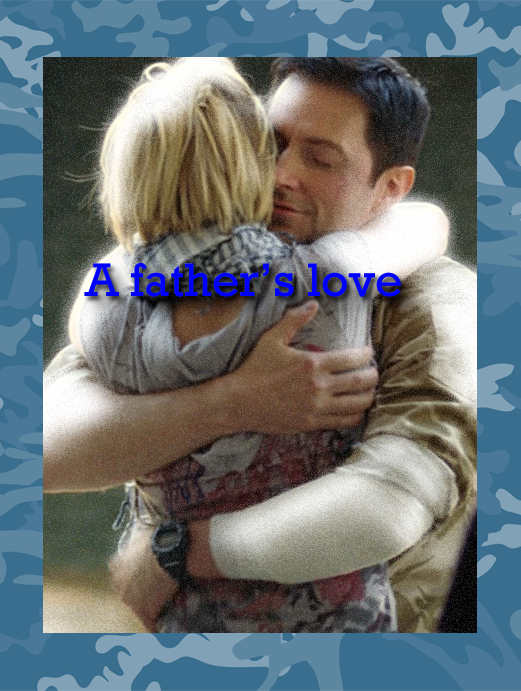 *PLEASE NOTE: SPOILERS WITHIN FOR THE ENTIRE TRILOGY! IF YOU DON’T WANT ANY SPOILERS FOR ANY OF THE BOOKS, DO NOT READ! YOU HAVE BEEN WARNED*

OK, 50 Shades . . . I seriously wondered if I wanted to read the third book after reading the first two and not exactly being enthralled—frustrated and at times, very troubled, is more like it—but I felt I needed to complete what I started.

I decided to consider what I invested in time and money to read them “taking one for the team” in hopes of helping others know whether or not they would be interested. And as a writer as well as a reader, I needed to see what James did with these characters.

She has clearly intended for this to be the first three in a series of books on these characters. She includes a chapter at the end telling of their meeting from Christian’s POV, which frankly creeped me out with its predatory qualities.

However, I believe someone who has an overwhelming urge to beat a series of young dark-haired women black and blue because they resemble his dead crack whore mother who neglected him and allowed her various boyfriends to abuse her little boy, who ended up living with his mother’s corpse for several days . . . is someone carrying a lot of emotional baggage.

He was also seduced by an older woman who made him her submissive for seven years beginning when he was 15. Before that twisted relationship, he was acting out and getting into fights at school, so supposedly she “saved” him by teaching him to be her sub. But I can’t approve of an older woman manipulating a child in such a manner. Little wonder he was so f***ed up.

He thinks Ana will be the perfect submissive, and of course, she isn’t. She keeps resisting his rules. Perhaps that is part of her appeal for him—the challenge. He thinks he can tame her . . . I find myself asking what intelligent and well-grounded young woman (as she is presented to us) would even consider getting involved with a man like Christian once he had presented her with her “contract” and all its clauses. It is clearly evident at that point he is a major league control freak and a kinky one.

No matter how handsome and sexy and rich he was—I would ask myself, would it be worth denigrating myself and potentially putting myself in real harm’s way? I guess part of my problem is I have never desired to be tied up and gagged or shackled wrists to ankles, spanked or beaten with a belt. I enjoy fantasizing as much as the next girl, but those acts haven’t been part of my imaginings.

Their relationship is based on a strong sexual attraction. She is “different” from the others because, number 1, she is a virgin and so he performs “vanilla” sex with her to get that pesky virginity stuff out of the way; number 2, he ends up actually sleeping with her (as opposed to having sex and then returning to his own bedroom). He becomes obsessed with her very quickly and she with him. Before you know it, they get married and then in a rather ludicrous plot twist, she ends up pregnant.

An epilogue at the end shows them having an idyllic picnic with their little boy, with Ana pregnant with a second child. And Christian is now the loving and doting daddy. Happy families with a mum and dad who still enjoy kinky f**kery on a regular basis in the playroom.

As Servetus says, I think we are supposed to see it as that romantic all-consuming love–not unlike Bella’s and Edward’s relationship in Twilight and remember, this started off as a Twilight fanfic– but it doesn’t work for me on an intellectual or emotional level.

These two fight squabble, bicker and scream at each other at every turn throughout the trilogy. The only way in which they seem to be able to communicate and really find common ground is through sex. They don’t talk to each other; they yell at each other. And I find myself wanting to yell at them to grow up. I don’t think it’s a healthy relationship.

There are constant misunderstandings and false assumptions made on each side. This is her first sexual relationship and it’s his first normal (or semi-normal?) one and you feel as if these two are rushing headlong into something they aren’t ready for. There’s a level of immaturity here that makes it difficult for me to see them being able to so quickly establish a successful marriage and family life. I mean, I can’t buy it that this volatile and mercurial and emotionally immature man who gets upset over the smallest things could have become a captain of industry by 27.  He’s all over the place with his emotions, and so is Ana, albeit to a lesser degree.

Are they equals? Well—at one point when he thinks she is going to leave him he falls in his knees in a submissive pose and acts the role . . . as if he is reliving being Elena’s sub. She agrees to continue to do these kinky things with him, after discovering she has more intense orgasms through it.

But I just don’t buy it all. James describes this story as a fantasy, but she seems to be trying to couch it in reality and it doesn’t gel in a satisfactory or acceptable manner for me.

And I think it sends out a message young girls—who will inevitably get their hands on the “forbidden fruit” and read it—don’t need reinforced: that the love of a good woman conquers all.  How many young women have fallen under the spell of a man who proved to be obsessive and abusive, a stalker, jealous of anyone and anything that takes their attention from the guy?

We hear with heartbreaking frequency about cases of women who have been terrorized, assaulted and murdered by men who supposedly loved them.  Men with anger issues and violent streaks who took it out on the women.

The eternal appeal of the bad boy.  Only, in real life—it doesn’t generally end up happily ever after. That’s why I think there’s a potentially dangerous message here. I don’t believe in censorship and Lord knows, my readers will tell you I am not a prude.  But mommies, your daughters don’t need to be reading this stuff.

Actually, I would like to hear what a trained psychiatric pro who has read them thinks of these books and the behavior of Christian’s therapist, which, if not unethical, is certainly questionable at times.

As far as the quality of writing goes, yes, there is definitely better crafted stuff in the arena of fan fiction you can find online and for free that offers plenty of steam without making one squirm uncomfortably as you read about an innocent young woman being savagely beaten with a belt to give a man “pleasure” (that scene still makes me cringe)  . . .    this is still fanfiction with a questionable message masquerading as a mainstream novel.            I love both; but they are two separate entities.  And one more reason I cannot in good conscience recommend these books.