OK, so Guyday Friday is still nearly two hours away here in LA, but it’s already happening for some of you. So let’s get the party started! 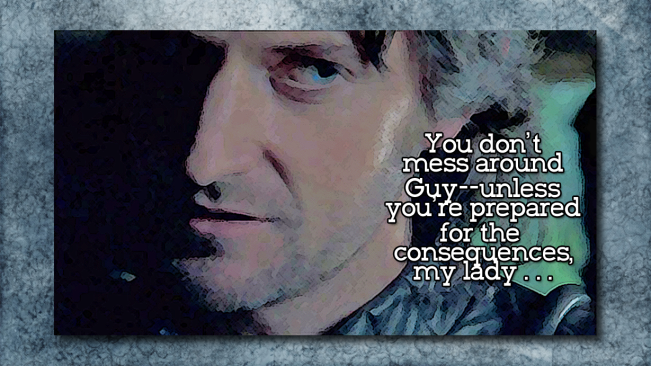 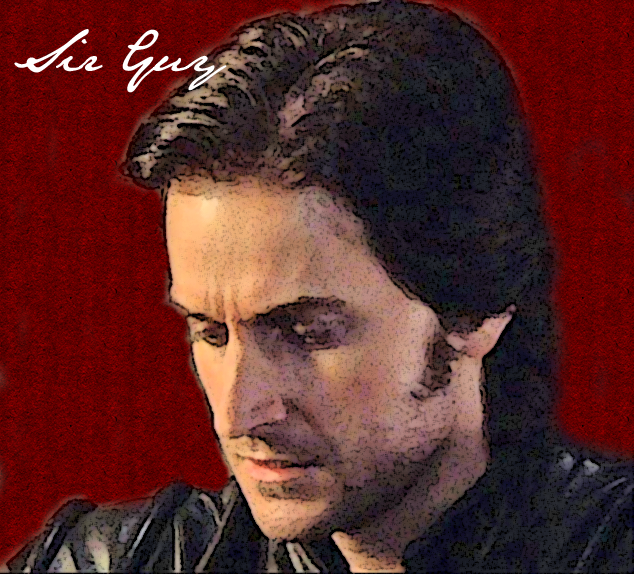 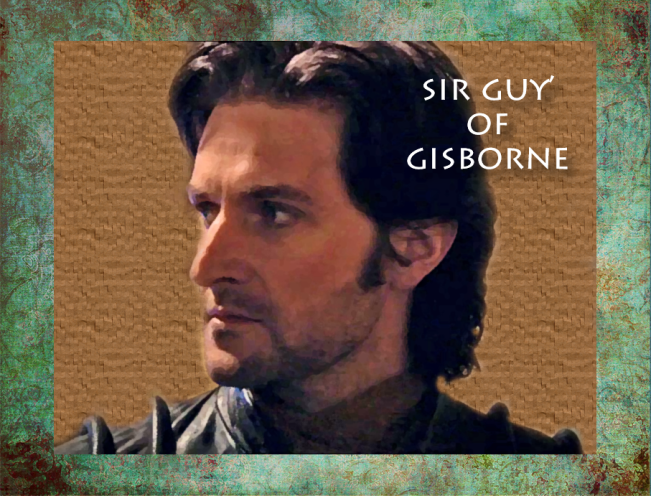 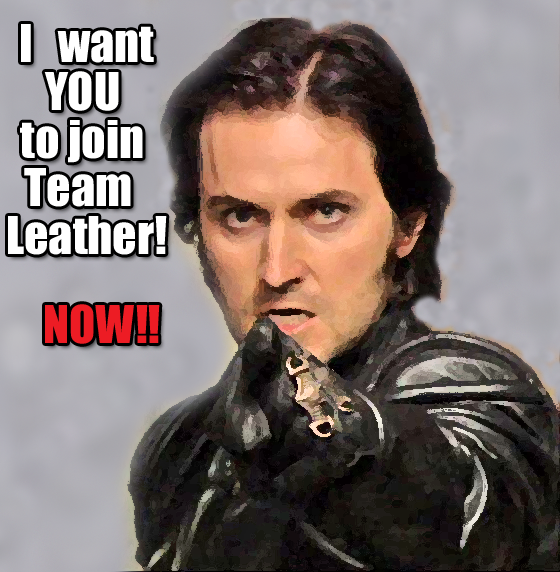 Maybe he picks his nose. Maybe he snores. Maybe he leaves the seat up on the toilet even when co-habitating with a female. Maybe he’s a bit of a slob.  Maybe he likes guys better than he likes girls.  Maybe he’s secretly addicted to watching p*rn. Maybe his grammatical skills need some polishing up. Maybe he is just too eager to please. Maybe it’s difficult for him to establish intimacy with others.  Maybe he’s too private.

There are lots of potential “maybes” when it comes to Richard Armitage.  There’s one certainty. He’s not perfect. No human being is.  Heck, I have a husband so terrific people want me to clone him, and even he’s not perfect (don’t tell him I said that). Wouldn’t want him to be flawless as it would make my many imperfections all the more glaringly obvious.  Neither of us is perfect, but we are perfect for one another.

And the imperfect Richard Armitage appears to be the perfect actor for me to crush on.

I am inclined to think there is more positive than there is negative within Richard.  Call it my gut instinct; call it wishful thinking. I just know I feel a sort of–I don’t know, allegiance?–to this actor whose career I have been following for close to four years now.  I can’t really imagine that changing, unless we do discover something horrible about him–that he’s a serial killer, rapist, child molester, rabid racist, abusive boyfriend. That could conceivably happen, but somehow I don’t think it will.

I always appreciate his performances, even if the vehicle is not my first choice of viewing.  I have seen what he can do with small roles and less-than-sterling quality scripts, acting opposite actors with whom he appears to share no chemistry in spite of his best efforts, and I am impressed with what he has accomplished.  I admire his dedication to even the smallest roles.

Are there better actors?  Yes, but I do think he is one of the best actors who has largely flown under the radar. I have seen him grow as an actor and I look forward to seeing him continue to develop and hone his talents. I do believe his greatest work is still ahead of him.

Are there more handsome actors? Arguably, yes, although beauty is definitely in the eye of the beholder (look at my own difficulty seeing Robert Pattinson as a heartthrob, while many think he’s the most gorgeous thing alive).

However, I’ve studied Richard Armitage’s face and physique so closely in working on fanvids and fanart that I can truthfully say I find him the most physically attractive male that I know of.  Even his moles and scars appeal to me.   His masculine beauty touches not only the woman, but the artist within me. For me, it is also undeniable that he  has tremendous sex appeal, which ties into his appearance but does  not rely solely on it.  He’s smart, he’s articulate, he has a great sense of humor, he’s a gentleman. I find all those qualities sexy.  Oh, and there’s that voice. I could be seduced by the right voice, regardless of what its owner looks like. I really, really like that deep, resonant, warm honeyed baritone.

He’s talented, he’s gorgeous, he’s sexy and very charismatic. But all these qualities would not earn the sort of loyalty I feel concerning Richard were it not for other aspects of his character. His modesty, humility, his wish to “nourish and nurture;” all these qualities and more appeal strongly to me.

I have other actors I like–David Tennant, Ewan McGregor and Benedict Cumberbatch among them–but I don’t have the same reaction to them that I have to Richard. They don’t hit me in the solar plexus in the same manner that he does.  My husband is the love of my life and my soulmate; Richard Armitage and his array of characters fuel my fantasies and fire my creativity.  And they’ve brought me a lot of interesting friends.

During this “RA Drought,”  there are people who have decided to “defect” to other actors, and that’s fine. For some people, absence doesn’t necessarily make the heart grow fonder; it makes the heart start seeking out more readily available crushes.  It happens. And there are certainly other talented, attractive, charming and nice actors out there.

We’ve seen and heard frustratingly little from Richard since he undertook the role of Thorin.  Some are simply tired of waiting; some are dissatisfied with his career choices and/or certain personality traits; some cannot stand the cropped hair and beard and just can’t work up enthusiasm for a 200-plus-year-old dwarf.  And so they’ve moved on or, in some cases, simply dialed back on their obsession with RA.

No one signed an contract or swore a blood oath to eternal allegiance to Richard Armitage. Let everyone do what they believe is right for them with no hard feelings.  And hey, other actors need good fans, too.  And Richard Armitage has drawn a very high-quality group of fans, it seems to me.

As for fedoralady, I will still be here, still admiring, enjoying, writing about and rooting for Richard Armitage. I’ll leave the light on for you. 😉 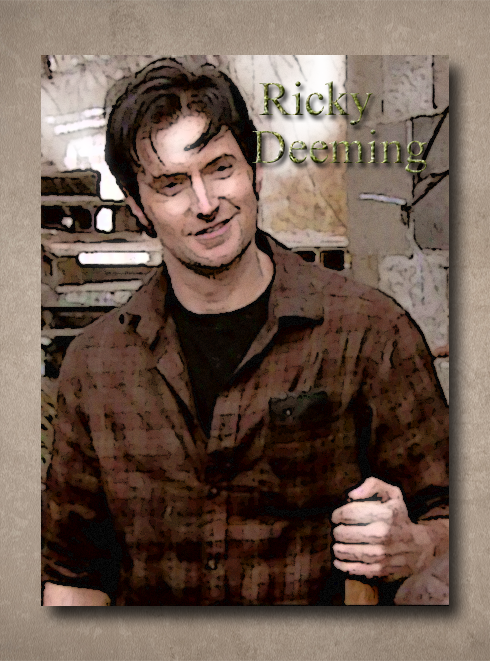 The floppy hair, the plaid shirt, the insolent grin and the hands. The enigmatic and gorgeous Ricky Deeming.

Donna Summer passed away this morning from cancer at age 63. Lots of artists came and quickly went in disco’s heyday, but Summer’s powerful mezzo-soprano voice scored her a number of hits and a number of Grammies. Back in the day before I wrecked my knee, I remember doing a routine in  a college aerobics class to “Hot Stuff.” 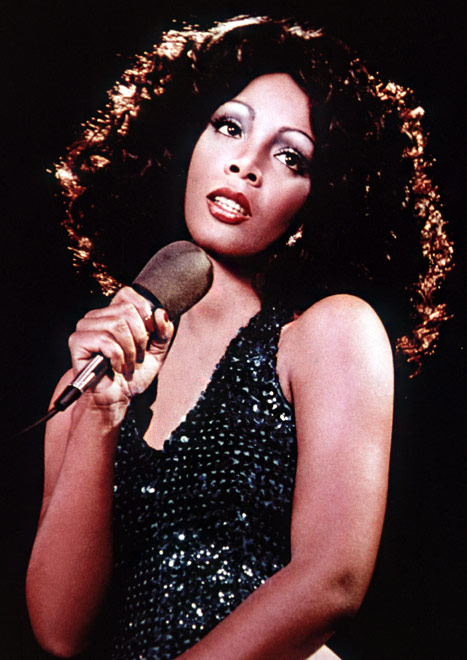 Donna Summer during her disco heyday. (photo courtesy of usweekly.com)

“She Works Hard for the Money” became a sort of  80s anthem for the average working woman everywhere.

Her breakthrough hit “Love to Love You, Baby” was a guilty pleasure for many of us.  And there was “I Feel Love,” “MacArthur Park,” “Last Dance,” “Bad Girls,” “On the Radio” and more.  She was working on material for a new album when she died.

Rest in peace, Donna. You were a part of the soundtrack of my life in my teens and twenties, so much so a couple of the songs you made famous become the soundtracks for two of my Sir Guy vids. A sexy songstress paired with a sexy fellow–a perfect match.

As we’ve discussed, the TV movie version of Cleopatra in which Richard appeared as Epiphanes is pretty lousy. Richard, however, looks great, from his Roman haircut down to his sandals. And as you can see, Gisborne wasn’t his first character to wear eyeliner . . . although Epiphanes went for more of a smoky eye.  The man needs more roles where he gets to show off those great gams and act his cotton socks off. 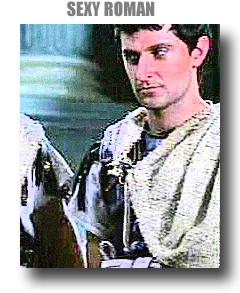 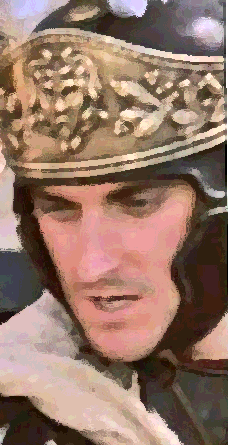