Lucy Griffiths is a talented young actress. We all know she loved working with Richard Armitage. She clearly thought he was a great screen partner and, I suspect, she had a wee crush on him, too. Yet, as Maid Marian, she had to pretend to be repulsed by six feet two inches of smouldering, black leather-clad alpha male, preferring an arrogant git of a character who looked like a slightly shopworn Justin Bieber with a hoodie and scruffy facial hair.

I suspect if Lucy had had her way, Guy and Marian would have gotten to know each other a lot better. And Robin wouldn’t have been such a little pervy Peeping Tom! 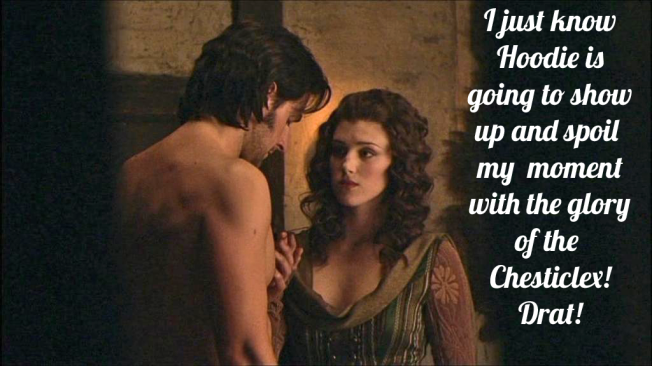 In case you haven’t seen it, RA Frenzy (see link above) has a scan of a page from About Film featuring several of The Hobbit stars, including Richard with a brief bio and quotes about the role.  And great news– Richard is going to be at Comic-Con next month in San Diego! Yeah!! 😀

It’s sold out!  Booooo.   😦 Not that I would have gotten to go anyway. But it’s great to know he’ll be back on American soil again so soon!! Please let new RA fanboyz and fangurlz be there to take his purty pitcher, do interviews and provide us with fresh Armitage goodness.

I love Richard’s quote regarding facing the fanboyz. “Bring it on! What, are they going to attack me? I’ll take my sword with me, that’ll keep them away . . .”  You go, Richard Armitage!! I can imagine the twinkle in your blue eyes and the mischievous smile on your lips, you darling fellow, you.

Thorin Oakenshield, without a doubt the world’s hottest dwarf.

Here are some bits and bobs of Richard in some of his smaller/earlier roles and RA himself. I hope all are having a good Sunday/Monday.  Benny killed yet another rattlesnake today, this time in my parents’ front yard close to the same spot he found one before. A big ol’ rattler with 13 rattles. *shivers*  Have I mentioned I really do not like snakes at all? I just finished watching the last half of the Queen’s Diamond Jubilee Pageant on the Thames, billed as the biggest event of its kind in 350 years.  BBC America can actually air something other than “Top Gear” and “Ramsay’s Kitchen Nightmares“–amazing! In spite of considerable rain–well, it IS England, after all–everyone soldiered on and made the best of it (again, it IS England). 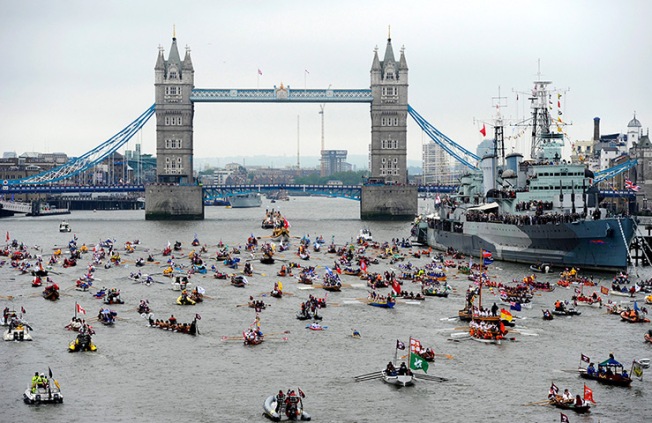 A total of 1,000 vessels took part in the Queen’s Diamond Jubilee Pageant on the Thames this morning.

Rain drops fogged some of the camera lenses and there were occasional glitches in transmission, with audio disappearing and images breaking up. A planned flyover had to be cancelled.

Nonetheless, it was an impressive event, with all those boats, ships and barges participating in the parade, throngs looking on from the banks. And most people seemed to be having a good time of it in spite of the chilly, wet weather.  The singers atop the vessel carrying the London Philharmonic Orchestra looked like drowned rats in black but they were still smiling and singing “Land of Hope & Glory” with great gusto. And the Queen seemed to be enjoying it all, her only concession to the bleak weather a wrap she eventually put on. All the royals looked very spiffy, including the honoree.

Prince Harry, the Duchess of Cambridge and Prince William look resplendent for the occasion. 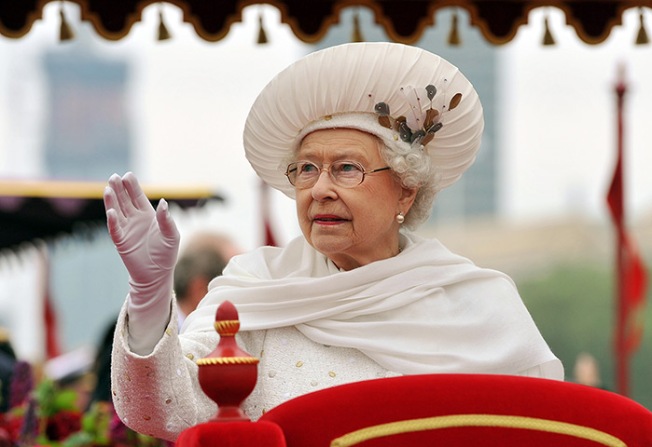 (all photos courtesy of the Guardian UK)

Queen Elizabeth is 86, just a little younger than my mother would be if she was still alive. I believe she stood through the entire event. I am 35 years her junior, and I don’t think I could have managed that feat. My hat is off to you, my dear lady.

I look at her white permed curls and think of my mother’s crowning glory. I study her black handbag and wonder–what does a Queen carry in her purse? Pictures of her grandchildren? Tissues or a handkerchief in the event of a sniffle? Lipstick in a suitably demure shade and a compact?Breath mints? After all, she has to meet so many people and it wouldn’t do for a monarch to have halitosis.

Seriously, I admire the queen. She’s weathered a lot in her 60-year reign. She’s the only monarch I and many others have known on the British throne.  Her mother lived a very long life and she may very well do the same. And Queen Elizabeth doesn’t seem to be ready to step down any time soon. After all, it’s good being Queen.

I wish her all the best.

From one of Tony’s BAFTA photographs. Love that grin! 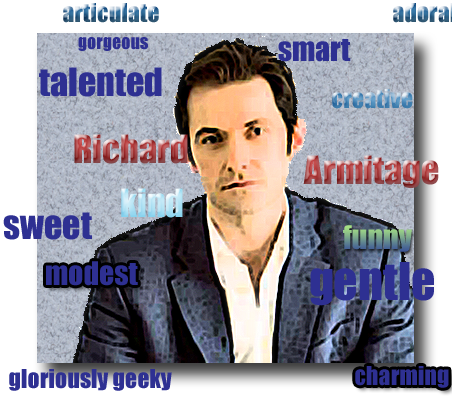