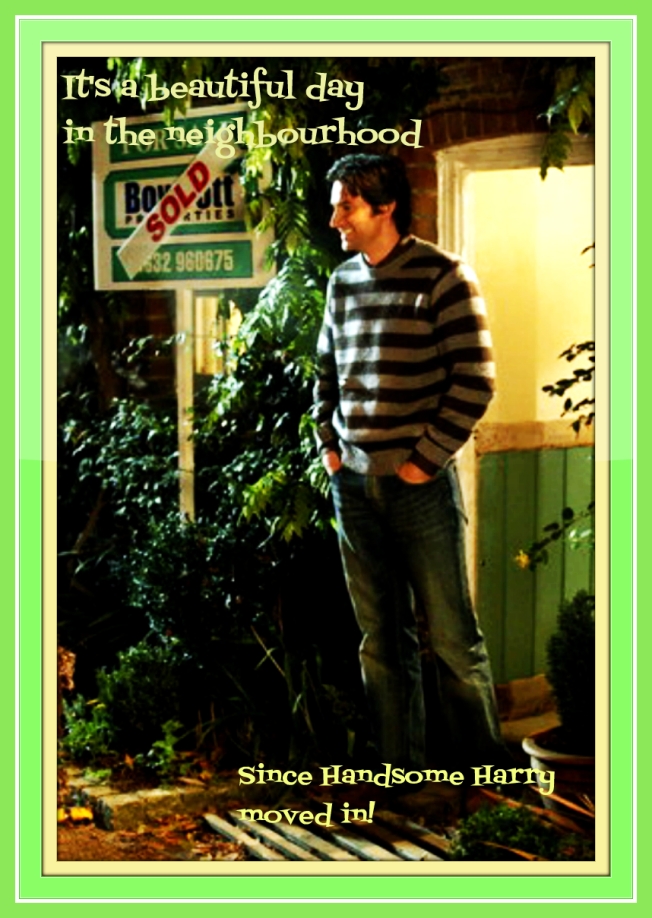 As I have said before, who in the world doesn’t love Harry Kennedy? There’s pure sunshine in that smile. He’s sweet, he’s a cutie pie (I’d want to pinch those cheeks just as Trudy did!) and he’s downright adorable, this clever accountant who loves a good read and knows a good woman when he sees her.

Harry is cuddly and sexy wrapped up in one tall, lanky, floppy-haired, jumper-clad ChaRActer. And he and Gerri make one lovely and lovable couple. So, Dawn French wanted someone gorgeous for the role? I think Richard Armitage was surely made to order for the part.  And VoD and Harry offer us that rarity in RA’s career–a happy ending for his ChaRActer. 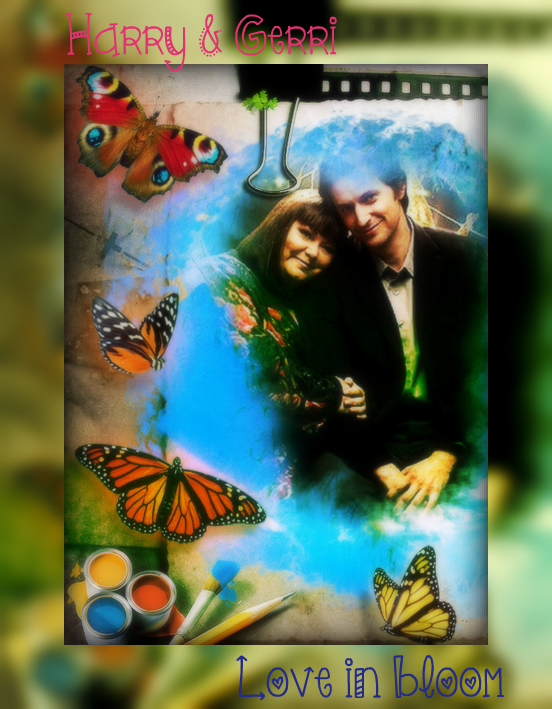 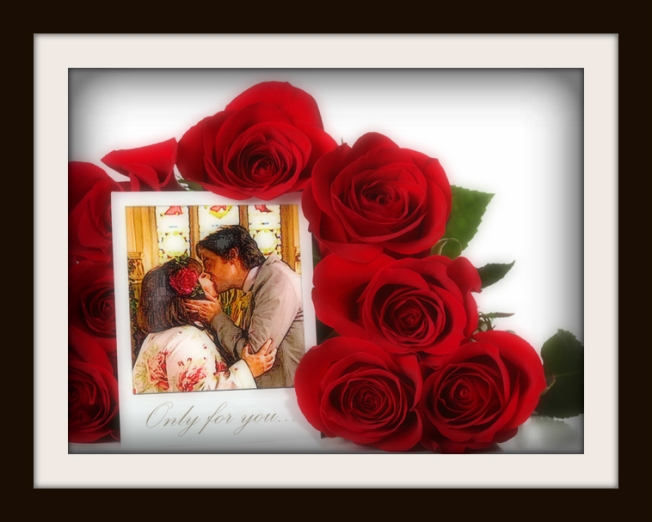 Ah, if only we had been able to enjoy Robin Hood: The After Dark Edition. 😉  Those naughty kids! 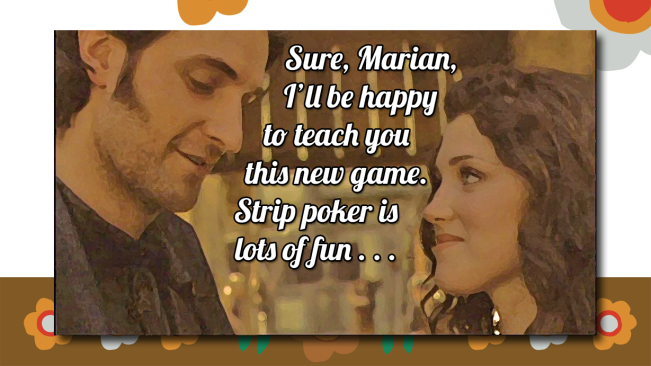 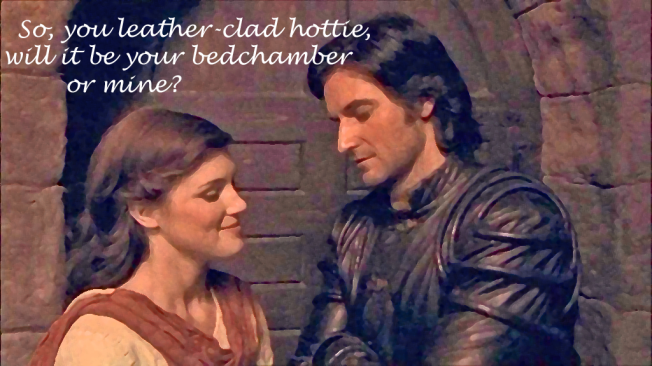 In real life, would I want a man putting his finger in my face and bellowing orders, commanding me to speak, beg or fetch? Snarling, snapping and scowling like nobody’s business?  Mmmmmmmmm. No. But when it comes to my favorite Medieval Menace, as Portah likes to call our dark knight, somehow–I toss aside the rules. 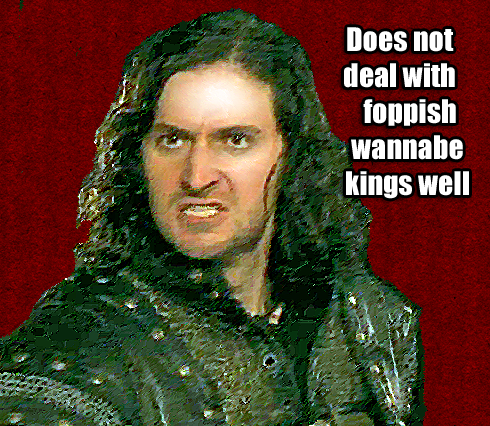 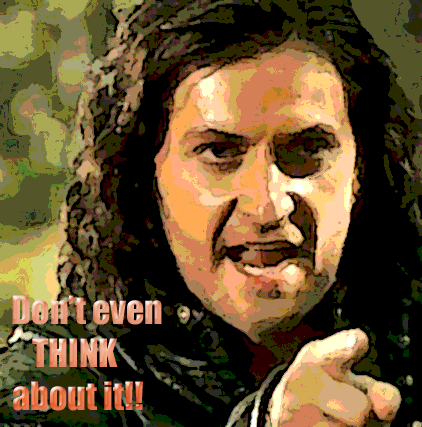 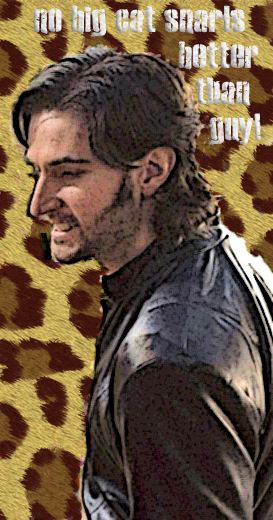 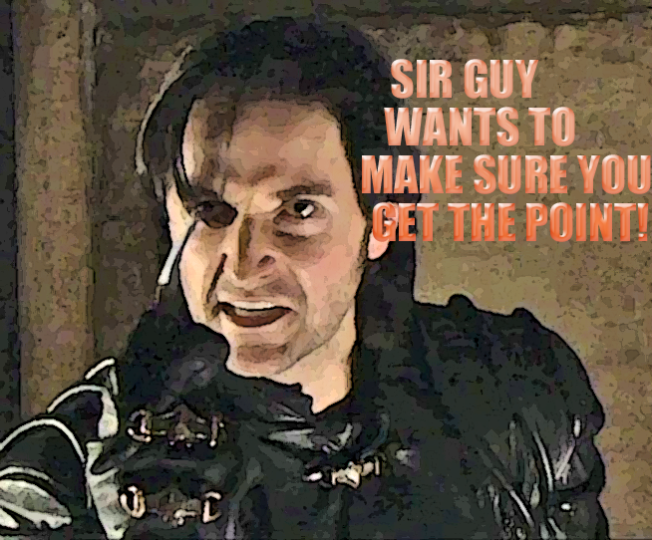 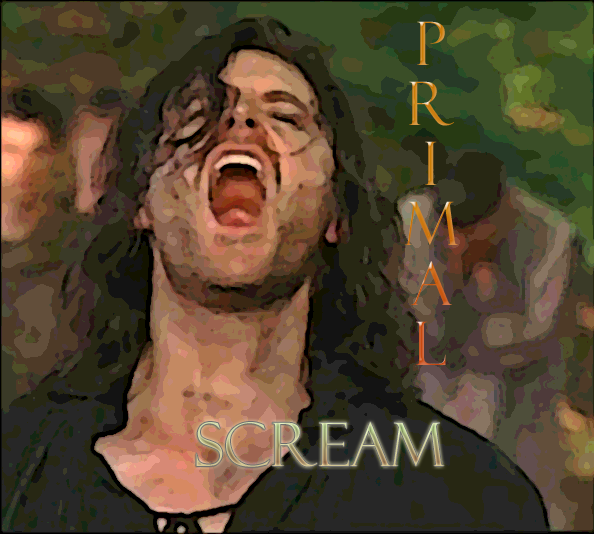 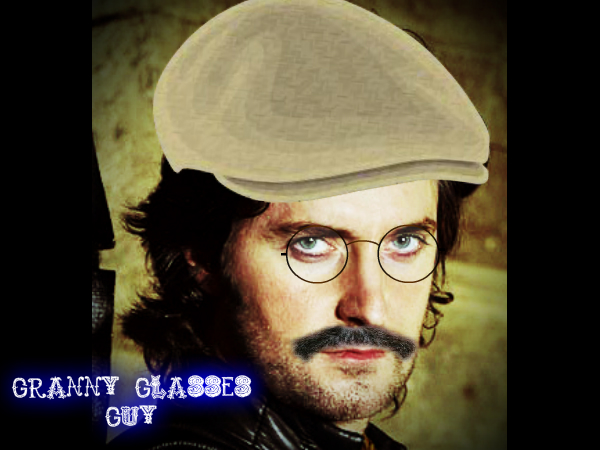 He actually bears a startling resemblance to my musician cousin, Rock, in this get-up.

Here’s a new blog by one of our very own, Zan! Go over and give her some love.

The first role you saw him in.

Ahhh … that dark knight, Sir Guy of Gisborne.  The Sheriff’s evil henchman.  The bane of Robin’s existence.  The creep stalking Marian.  We’re supposed to hate him, loathe him, and everything he stands for … (where have I heard that before *grin*)

But, somehow, it doesn’t quite work out that way.  Yes, there are frissons of distaste.  Moments of “OMG, how could you do THAT?”  But for the most part, the troubled soul underneath all those layers won me over.  That, and the smirk.  And the voice.  And the eyes (and Guyliner).  And the hair toss.  And the sniff.  And the head tilt.  And the strut …  😉

OK, I generally do try to  heed the speed limits when I drive, but if this chap was the one who would pull me over, I might very well break a few laws. 😉 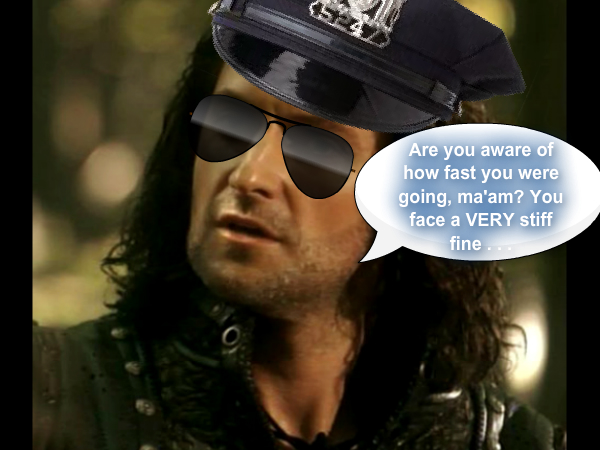