Yes, boys and girls, it could be a very Middle-Earth Christmas for many this year, between the movie itself and the books, action figures and other collectibles likely to be offered. The guys over at TheOneRing.net provided this article today detailing Harper Collins’ upcoming book tie-ins, including pictures of the five, count ’em, five covers. 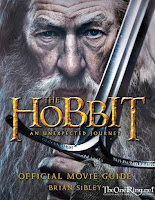 The Official Movie Guide and the Visual Companion appear to be geared to adults and promise such goodies as behind-the-scenes photos of principal cast members along with exclusive interviews and lots of color photos from the film. Squee!

For younger readers (and the young at heart) there is The World of Hobbits and the Movie Storybook, promising loads of photos from the film offering info on all things hobbit and and a retelling of the movie itself.

Below is a snippet of TORn article offering details of the book that I think will be the real piece de resistance for the artist inside . . . I am salivating slightly at the thought of it. 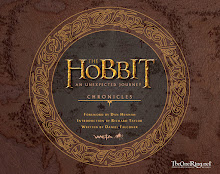 Then, on Friday December 14, the ultimate film companion book — Chronicles: Art & Design — will be released worldwide by HarperCollins (under the prestigious HarperDesign imprint in the USA)

This sumptuous book celebrates the creative vision of Academy Award®-winning filmmaker Peter Jackson’s The Hobbit: An Unexpected Journey. It is packed with more than 1,000 images of concept artwork, photographs and development paintings by the artists working behind the scenes to bring Middle-earth to life, who each provide detailed and entertaining commentary that reveals the story behind the vision. Compiled by Weta Workshop senior concept designer Daniel Falconer, this is the first in a series of lavish hardback books written and designed by the award-winning team at Weta, who are working closely with the production team to guarantee that these books will be bursting with insider information and stunning visual imagery.

All five books are being published in multiple languages by many of Tolkien’s worldwide publishers, all released on the same dates, and we will to bring you more news about them as we get closer to publication.

Obviously, I have to find employment, organize a yard sale, sell a kidney or find some other lucrative means in order to finance my Thorin addiction, which has spread to all things Peter Jackson/The Hobbit. Oh, you knew what you were doing when you posted all those videoblogs, didn’t you, dear PJ?  Well, they do say you’re a genius . . .

I love the old standards in jazz and pop and “torch” songs. They are the type of songs that suit my own singing voice. This is a classic performed by an American cabaret singer who died much too soon, Nancy Lamott. I really love her unaffected, nuanced singing style and I hope you will, too. And, of course, there are lots of images of Mr. A. 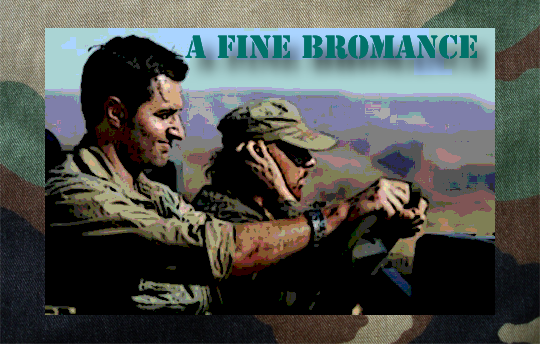 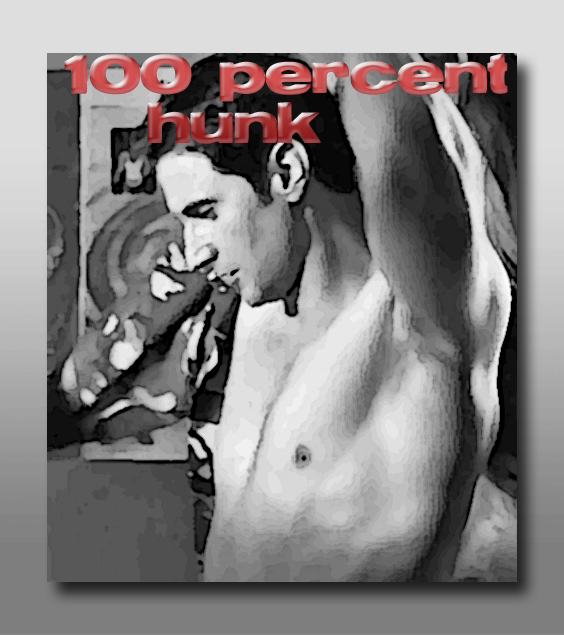 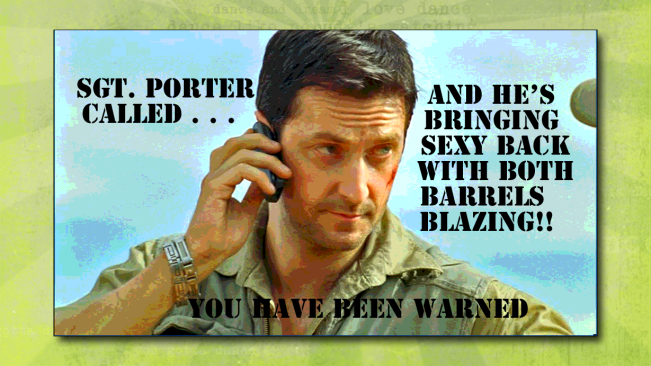 Today is my father’s birthday. If he were still alive, he would be 92 years old.  He’s been gone more than nine years, but I still think about him everyday. When the trees are bare in winter I can see the grey slate roof and the red brick chimneys of the farmhouse where I grew up in the little valley below us.

It will likely surprise no one who knows me very well that I often carry on imaginary conversations in my head with my dad. If I can do it with beloved fictional characters, I can certainly do it with the man whose genetic material I carry.  He loved to tell stories.

Stories about his school days at Mt. Zion and the time the schoolhouse burned to the ground; stories about the sister who dyed her hair to match her car, about his days as a military policeman at a German POW camp and the time he and his sergeant had to go drag WW I hero Alvin York’s son out from under the house when he went AWOL. We heard some of them so many times we could have probably recited them in our sleep.  And then out of the blue he’d come up with one we’d never heard before. Who knew my dad had taken flight lessons and even soloed when he came back home after WW II?

Then came the day of The Accident. Being run down by your much-loved John Deere tractor and having your leg ripped open by a bush hog implement doesn’t do a senior citizen a lot of good.  I remember kneeling at his side, teasing him about the circumstances while trying to keep him conscious as he lay there on the ground, blood-soaked towels around his leg.

“You would go and get run over by your very favorite tractor, wouldn’t you? Nothing runs like a Deere. Nothing runs over you like a Deere?” He gave me a woozy smile and started reciting all the John Deere memorabilia he owned, from signs to mugs to Christmas ornaments. It kept him awake. It kept me from squawling.

Being run over  turned out to be a blessing heavily disguised.  His surgeon, concerned Daddy might have suffered internal injuries, ordered additional tests and it was discovered my dad had an abdominal aortic aneurysm the size of a grapefruit. The proverbial ticking time bomb.

Were it not for the CAT scan following the tractor incident, we would never have known about the aneurysm. And one day he would have simply dropped dead; barring an autopsy, we’d have never known why. For much of the remaining two years of his life, Daddy loved telling the story of the John Deere run amuck.

When his leg healed enough he had surgery to remove the aneurysm. He reacted badly to medication he was given. How badly? Let me just say there are some things you do not want to ever see. Your father in a straitjacket is one of them. He was never quite the same afterwards. We think he may have suffered some light strokes in the aftermath of it all.

Two years later came the night he began talking about “bent fences” over and over again. He’d suffered a major stroke. He wasn’t paralyzed anywhere and his speech wasn’t slurred. But a chunk of his brain had been blown out.  The condition is called vascular dementia.  It’s like a sudden leap into Alzheimer’s.  His memory was scrambled, his judgment and reasoning affected.

My father’s mind was badly fractured and I so wanted to put it back together for him.  But I could not. No one could.

I became “Lady.” Benny, the only one physically able to really handle him at times, was “Sheriff.” My mother was known as “That Woman.”

Some days he was convinced the front yard was full of frogs. I did not argue with him. Frogs were harmless, after all.  Later, when he was in the nursing home we received a call in the middle of the night that he was extremely agitated and we needed to come and calm him down. He believed someone had shot him. When he pointed to the “wound” and told me with huge tears in his eyes how much it hurt, the hallucination wasn’t harmless and amusing; it was heartbreaking.

While we were still able to keep him at home, we’d watch Lawrence Welk and sing songs while he sat on the toilet. He took an interminably long time as he carefully folded his tissue as if making some origami bird. He might not be able to remember our names, but he could recall “She’ll Be Comin’ Round the Mountain” and other tunes. We talked about the old days. The familiar was comforting for him and for us.

He had his moments of lucidity. “It’s raining,” he announced. “And how do you know that, Joe?” Benny queried in a kind tone. “Hell, I just looked out the window,” Daddy replied, sounding just like his old self.  We laughed. It felt good to laugh.

When he was trying to think things through, and you could see him struggling, you wanted to be able to climb into his brain and help him out. “I just can’t remember–nothin’ no more,” he said one night, shaking his head in frustration.  His favorite stories and well-worn jokes were not always retrievable.

Daddy was always proud of the work I did for the newspaper. There were several of my columns which he carefully cut out and folded and tucked into his wallet to share with friends and acquaintances or to simply re-read when the urge struck him. I think it tickled him to think of his daughter carrying on his storytelling tradition, only with the written word instead of the spoken.

In the last months of his life, Daddy became bedridden  and lost the power of speech. My raconteur father was forced into silence.

But I kept talking. Each time I visited, I would share the well wishes of those I had seen, catch him up on the community news, tell him about interviews and assignments I had done.  I was not sure how much he understand in those last months, but I knew it was important that I kept talking, kept the conversation going, kept telling the stories.

And today I still keep talking. I keep telling the stories. Somehow, I know it is important.

Happy Birthday, Daddy. And thank you for the stories.  Your three girls love you and miss you very much.

Joe’s girls. My mother, two older sisters and me on vacation in Silver Springs, Fla. Daddy is behind the Kodak Brownie box camera.