It’s actually raining and pouring the regular wet stuff here right now. No wonder Bad and Even Worse Knee hurt all night. That may have impeded sleep, but it didn’t stop me from soaking up all the pre-premiere Hobbit hoopla. I have never been so ridiculously excited over the premiere of any movie, including one that was shot right in my hometown and county.

Of course, it didn’t star Richard Armitage as the world’s sexiest dwarf, either, more’s the pity.

Here are some photos that Sir Ian McKellen tweeted earlier of the preparations in Wellington as they literally rolled out the red carpet for Sir Peter and Company. 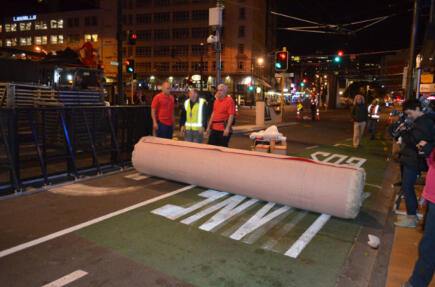 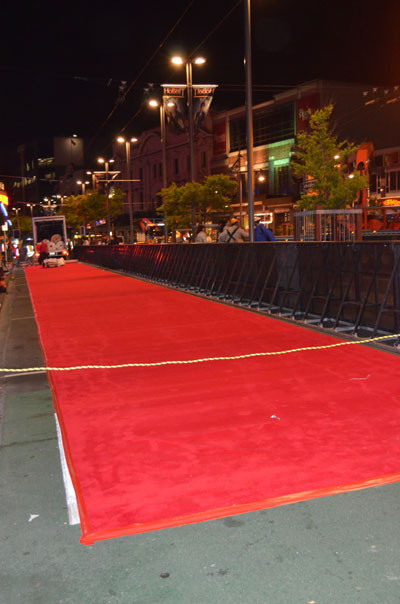 There are interviews which I tried to link to here, but only end up with big black holes. ?? Go to YouTube and type in “Hobbit Cast Interviews” and you should pull them up if you haven’t seen them already. Richard looks great, is in mellifluous voice and is his typical gentlemanly and articulate self. And those smiles and the laughter!