Here’s a comment made by ElizaAnderson at Heirs of Durin:

Thorin is certainly more likeable in the movie – probably because you get more of the “why he is the way he is” than you do in the book (until you read the appendices in “Return of the King”), and also because of Richard Armitage’s fantastic acting. I had never even heard of him before this movie, but he’s so intense, he’s marvelous at the nuances of facial expression – and he also has a lovely baritone, such that the Song of the Misty Mountains has been stuck in my head nonstop since seeing the movie the first time. (All of them did a great job with that – those chords are absolutely delicious. Basses and baritones, how I love them.)

When I read things like this it makes me smile and squee internally. And feel just a tad smug.  I can truly say I never had any doubt RA would be great in this role. He had the intensity, the regal air, the presence to pull it all off beautifully–and he did. Garnering new fans every day, our TDHBEW. And our SDHHWD. (Short Dark Hot Hairy Warrior Dwarf). 😉 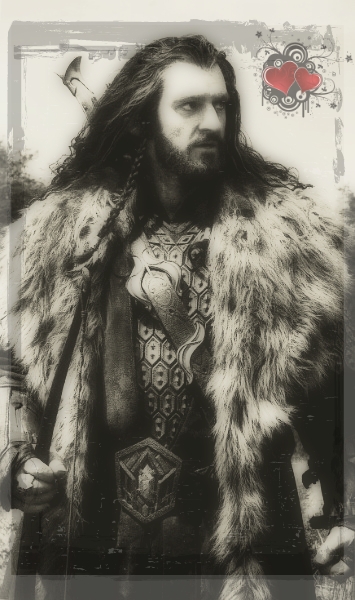 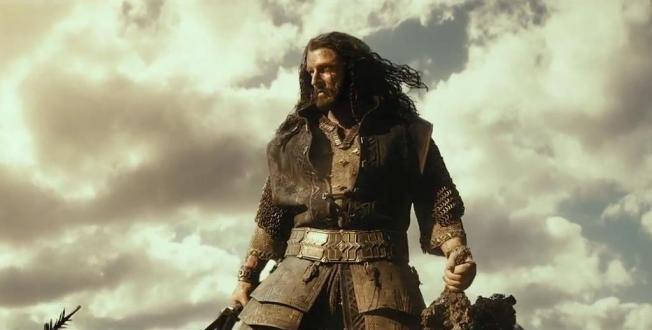 Just when I thought I’d stopped buying anything Hobbit-related, Cathy at Twitter alerted me to the latest book offered by Weta. It won’t release til next spring, but you can now pre-order it at Amazon. Which I just did. *sigh* Resistance is futile . . . and look at the pretty blue cover on this one, with Thorin’s lovely mug on it, too!

Here’s what the folks at Weta have to say about it:

“The Hobbit: An Unexpected Journey Chronicles, Creatures & Characters explores the amazing cast of heroes and villains, beasts and beings that populate Middle-earth in the first chapter of Peter Jackson’s film adaptations of J.R.R. Tolkien’s The Hobbit. Richly illustrated with behind-the-scenes photographs, digital renders and film stills, this comprehensive book goes species by species, character by character, through the film’s huge ensemble of characters and bustling menagerie of creatures, both physical and digital, telling the stories of how each came to be realized for the film.

In first-hand quotes from the actors, make-up artists, digital effects artists, dialect coaches, prosthetics technicians, movement coach and many other crew, the stories of the production unfold, processes are described and insights into characters shared.

As a bonus feature, unique to this book, there is a special fold-out Character Size Chart, which compares all the major creatures and characters of the film, from Radagast’s hedgehog friend to the towering Stone Giants!

Compiled by Weta Workshop designer Daniel Falconer, and featuring a wealth of stunning imagery, this book puts the reader face to face with the Dwarf heroes of The Hobbit: An Unexpected Journey, the dark denizens of Middle-earth, such as Orcs, Goblins, Trolls and Wargs, and of course, the hobbit himself, Bilbo Baggins.”

I already own the wonderful first book in this series, Chronicles: Art & Design, now available through Amazon and carrying a well-deserved five-star rating. I have read more of it since seeing the film, and it makes me want to see the film again (as if I didn’t want to already) to take closer note of some of the details mapped out in the volume.  I never feel guilty about investing in books. Like Richard, they are the gift that keeping on giving.

If you haven’t seen these two videos from Cinemax–“60 Seconds with Richard Armitage” & “60 Seconds with Martin Freeman”–you must watch them. In fact, you will probably watch them over and over. Our boys do Q & A with each other. So funny. And informative! 😉

Also, be sure and check out this link to addiesmum on Tumblr. Nothing like a double geeky thumbs up!