(Or abjure from alliteration, it appears.)

Yes, folks, it’s the day after Christmas and you get not one, but TWO words for the day here at The Armitage Effect.

Being without electricity for several hours due to the nasty storms that moved through last night, I was forced to abjure from any Richarding online (in the sense of being forced by circumstances beyond my control to abstain from it).

I certainly never seem to purposefully avoid Richarding. And if Richarding were made illegal–oh, don’t even go there!–and I was asked to renounce all Richarding–

Well. As I said, I do not even want to go there.

Avidity for Armitage? Oh yes, that I will gladly claim.  I am an enthusiastic, eager, dedicated and ardent Armitage aficionado. 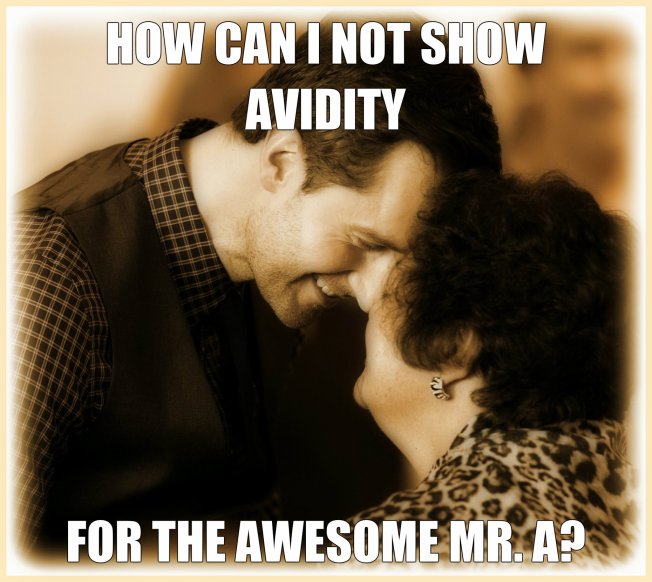 I try very hard not to be greedy about it. But when we are in the midst of a long drought, one does long for anything–a new pic or an old one that’s been unearthed; a snippet from an interview, a fresh quote about him from one of his fellow cast or crew members.

Of course, we’ve been inundated in recent weeks with Armitage goodies–so much I admit I haven’t kept up at times. And, not wanting too many spoilers for the film, I started avoiding (abjuring!) watching the new Hobbit spots.  At times I feel a tad overwhelmed–but I am not complaining. I will simply stretch out my enjoyment.

But I can never stay away from Mr. Armitage’s many charms–his talent, charisma, beauty, humor, sex appeal, sweetness–and the chance to share them and discuss them with fellow aficionados for very long.

I just can’t abjure from my Armitage avidity, it seems. 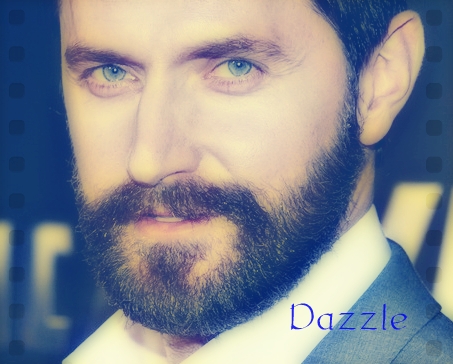 (I started writing this post last night when the weather got wild and wooly and we weren’t certain just what was going to happen. We lost electricity for several hours. It certainly wasn’t  a boring Yuletide, but it didn’t lead to a restful night, either. Just getting going this afternoon. Thanks again for all your thoughts, prayers and expressions of concern.)

It is Christmas night here in Lower Alabama. Rain pouring down outside, wind battering against the windows periodically, thunder rumbling.  Heavy rotation–a possible tornado– is moving toward our state capital, Montgomery. We are still under the gun here, too, under a tornado warning until 10 p.m., and a tornado watch until 4 a.m. We are watching the Doctor Who Christmas Special and switching to the Doppler Radar during the commercial breaks to check on Mother Nature’s progress, hoping our little corner of the world would be spared.

Injury (and at least one death) and destruction have already occurred to our east in parts of Texas, Louisiana and Mississippi and to our south in Mobile, where a medical center, church and commercial buildings suffered damage.

Oh, dear Doctor, we  could use you to bring your sonic screwdriver and work a bit of interstellar magic. At least the really bad stuff stayed away long enough to allow us to watch your latest adventures uninterrupted by loss of electricity or satellite signal.

Nevertheless, I do have a flashlight close by. Just in case.

I have a sonic screwdriver, too, actually–only mine just lights up and makes neat sounds, more’s the pity.

We lose our satellite signal. Now the electricity is flickering on and off. Well, I knew it couldn’t last forever, not in this. I hear a roaring sound and clutch the cat against me. “Do you think it sounds like a train?” I ask her as if she’s going to respond. Tornadoes often sound like trains.

And now it’s gone, the electricity that is. Boy, is it dark.

A few minutes later, I see a glimmer of light through the doorway. Benny, with his flashlight, and the handy-dandy little battery-operated LCD portable TV we found last year. We watch the radar on it. Finally Benny decides to go to bed. He does have to work tomorrow, after all.

“It looks like the worst of it is past us now,” he says. Thank goodness.

I am too wound up to go to sleep. I watch the rest of a Twilight Zone episode–how apt on this night!–and an episode of an old favorite, Perry Mason. Comfort watching on an unsettling night. The battery light is flashing now. I shut it off. It’s now quiet. Eerily quiet.

I miss the gentle whirring sound, the hum of electricity. I can’t sleep in the absolute stillness.  And so I stare at the ceiling and stroke Callie’s soft fur  and wait for morning . . . it is going to be a long night.

December 26th– It’s  an overcast and cold day. The winds are still howling, due to die down soon. We might even get a little sunshine before night falls. Grateful to still have roof over head and electricity once again.

Grateful to still be here.