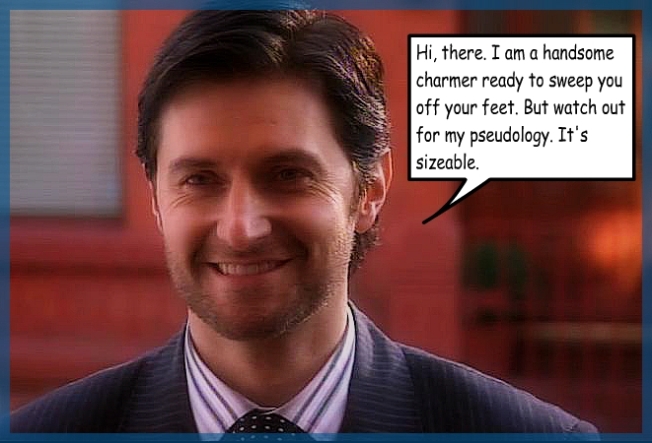 Pseudology: (noun) lying considered as an art.  Pseudology comes from two Greek words, pseudo-, meaning “false,” and ology, meaning “the study of.”  The word does not literally mean the study of lying, but has come to embody “the art of lying.”

I found myself thinking of the crafty charmer John Mulligan, who is awfully good at deception. The silver-tongued devil could be considered a master of pseudology. And here’s a tribute to the prince of pseudology I made a while back, Hypnotize Me.