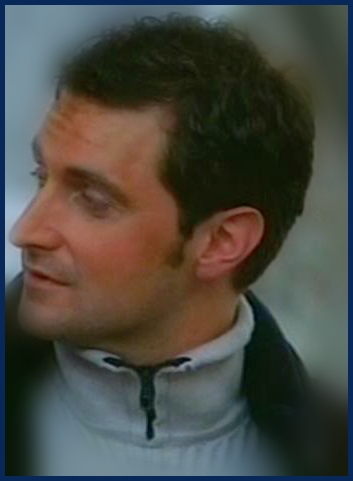 Richard in a guest spot as Craig Parker in “Casualty.”  He really seemed to love the gel back in the day, which was 2001, by the way.

Also in 2001, Richard played a doctor for the first time–Dr. Tom Steele–in the BBC daytime drama “Doctors.” This physician was a far cry from the dedicated Dr. Track from 2005’s “The Golden Hour.”

The next year, Richard would go into an audition as the character and win the role of the painfully shy and awkward Yorkshire sheep farmer John Standring in “Sparkhouse”–and more than prove he wasn’t just another “pretty face.” This fella had beauty AND talent. And a whole lot more . . .