I think that’s not too shabby.

In other news, I now have my official bar code for Comic-Con registration.  Two John Strandring thumbs up! 😀 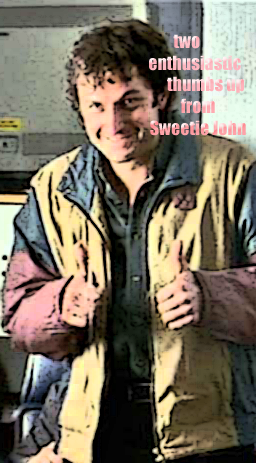 And I thought this photo of a fanmade doll tweeted by Dwalin aka Graham McTavish was just too adorable. Look at the detail!

This darling knitted version of Dwalin looks squeezably soft. We need one for Thorin, too!

Now, I really think I have to take a bit of a nap. Eyes are crying out for some rest again . . .