Richard did a phone interview with Scott and Nige on a radio station in Canberra this morning. I listened to part of it live, but buffering issues made me miss chunks of it. Thankfully, the ladies at RAC captured the whole thing and here’s the link:

There are some rather hilarious and rather–er, surprising responses to some of their questions in the “10 Questions” portion of the interview.  RA seems once again to be relaxed and enjoying himself, and quite took to his new middle name as given him by the DJ: “Freakin.'”

OK, I liked these DJs a lot more than the ones earlier–they were jovial but didn’t sound as if they were on methamphetamines–and it didn’t hurt at all that they mentioned me and my Tweet on air. Yes, and those of a number of my RA friends, too! In fact, there were so many freakin’ RA fans from all over the freakin’ world, that #RichardArmitage was soon trending on twitter across Australia!  The DJs said they’d never seen such an enthusiastic response to any celebrity they interviewed.

Well, that, ladies and gents, is the power of the awesomely lovely and talented Mr. Armitage. 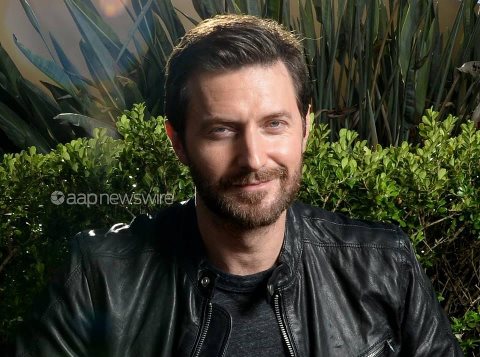