It’s not even noon here yet, and I have already seen the trailer. With foreign subtitles, but what the heck–Thorin still looks just as hot in another language, right? Thranduil’s voice is heard throughout the first part of the trailer, which is just under 2 minutes, and Lee Pace does look quite ethereally beautiful as the elfin king, I must say. Looking forward to the face-off between these two characters. Thorin is looking none too happy in his reaction shot to Thranduil’s words.

Leggy makes an appearance, as expected, along with Tauriel  (Legolas did not score points with me by shoving his arrow in Thorin’s face. Don’t. threaten. my. dwarf. Get it, Blondie??)

Also as expected, Luke Evans makes an appearance as the Bowman, and Thorin doesn’t look too happy with what he has to say, either! (Thorin looks magnificently disdainful pretty much every time we see him.)

Already love the whole barrels full of dwarves sequence, can’t wait to see it on the big screen.

Wish I could have heard Thorin speak—but thankful we at least got glimpses of his gorgeousness. I don’t think we heard Martin, either, did we?

As for Smaug–I don’t know. Slightly underwhelmed at this point from what little we did see of him. Assuming that is Smaug and not some ringer dragon.  Definitely get the feeling of a darker tone with this film.

Letting it buffer right now in a higher video quality to watch again. What did you think?

It’s packed away somewhere, that camera, my first “real” single-lens reflex, a gift to me from my parents for graduation. I took so many photos with that old Nikon, including tons of photos of my niece, Heather. She was my oldest sister’s first-born, coming into the world six weeks before I turned 17. I spent many, many hours with that child during school breaks and holidays, playing pretend games, plunking out tunes on the piano and singing to her, drawing pictures for her, reading her stories.  And taking her photo.

Heather, intrigued by the scuppernong vine in her grandparents’ yard.

Just had to crop in on that sweet little face.

Our  miniature Daisy Duke was fascinated by the cows. She tried to get bossy once or twice. “Hey, you cows–come here WIGHT NOW!” They paid little heed.

A five-year-old niece is lots of fun at Christmas. 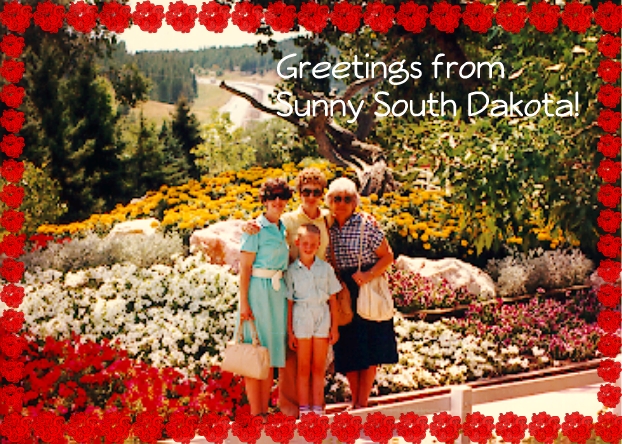 At age 10, Heather flew from Alabama with my sister and Mom to visit us in South Dakota. She was such a delight that summer–she’d get tuckered out, and then we’d arrive at a new destination and she’d perk up and be as excited as ever. Here we are in Reptile Gardens.

Me and the sweet child circa 1990.  I am so glad to have had those special times with her along with the Nikon (and Yashica and Canon and Minolta and Olympus) to document them along the way . . .

So the long-awaited first trailer for TH:DOS arrives today, appearing online at noon my time (CST). What are you looking forward to (other than Thorin, of course)? Thranduil? Legolas? Smaug? Tauriel?

Now, I KNOW this film will feature a lot of new faces (and old ones like Orlando Bloom) being introduced or taking a larger role in the story and Tolkien fans are looking mightily forward to spiders and dragons and lions and tigers and bears oh my!! (OK, maybe not the last three).  I KNOW it’s not going to be Thorin’s story in the same way the first film was. I understand. Please, no one should feel the need to explain any of that to me. Honestly, I get it.

But what it all boils down to for me is this majestic individual with the magnificent mane, the Heir of Durin, the fierce dwarf warrior–Thorin Oakenshield. 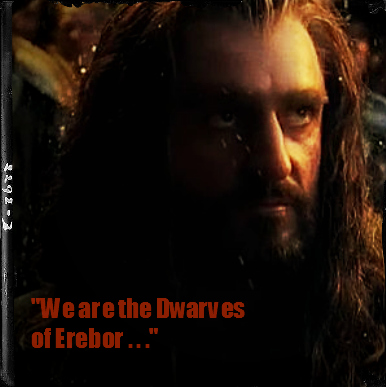 What are you like in your dreams? What identity do you wear in your fantasies?  I am almost always younger, invariably thinner, and certainly more healthy. No FMS, no osteoarthritis, no constant aches and pains and weariness. No jiggly parts that shouldn’t jiggle or ever-increasing cellulite. Young enough and fit enough for adventures. Young enough to perhaps catch a certain TDHBEW’s eye . . .and then dazzle him with my wit and charm.

Me at 40 on my birthday cruise. Although in my dreams I am in my early 30s–pre knee woes, surgery, lots of PT and FMS, the age I was in the top photo (also on a birthday cruise, seven years earlier).

In my dreams  I dance with him, in a way I in my klutziness have never danced in real life, with grace and verve, spinning, skirts flying in the air, laughing merrily. I feel light as a feather instead of weighed down literally and figuratively by the burdens of RL.

I am funny; I make him laugh, too. Big, geeky belly laughs. He sounds so gorgeous when he laughs. 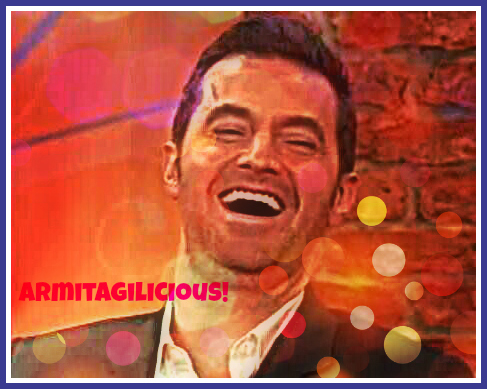 What are you like in your RA dreams? What identity do you wear?