Yes, my DVD arrived. Mr. Dennison has kindly give us several repeats of his short black & white film on this DVD so we don’t have to keep rewinding. I have now seen it at least five times and here it comes again.

Here is young Richard–pre-“Sparkhouse,” pre-“Cold Feet” and “North & South,” all the way back to the late 90s, the promise of his current gob-smacking beauty in that face, this big, rangy man who nonetheless moves with such agility.

And he’s good. The promise of the talent that will shine in future roles is there, too. Within the 15 minutes, we see anger, humiliation,  humor, wistfulness, predatory lust, tenderness . . . much of the emotion expressed in his face and body language.

RA plays an actor, Darryl Newman, who was on top before suffering the humiliation of his wife Lisa’s affair and films that bomb at the box office.  Now, battling confidence and trust issues, he’s trying to make a comeback with a stage performance alongside Lisa in London.  But it’s a bumpy ride.  (Please forgive the quality of these screencaps. They are literally photos I took of the TV screen with my trusty Olympus.) 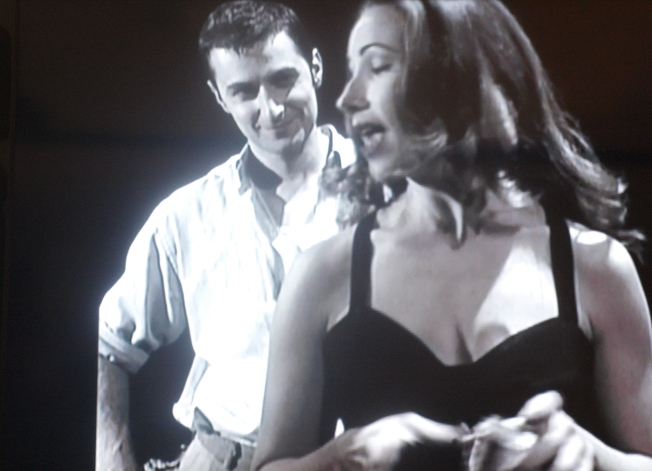 Darryl  recalls when the work stopped being fun as he found himself caught up in “playing to people’s fantasies of who THEY think you are . . .”  That line struck me because I thought of how RA has often said it’s the characters women are attracted to, not old boring Richard himself. And I wonder if doubts have plagued him from time to time–does this woman like me for me, or is it Thornton, or Guy, or Porter, et al she really wants?

Darryl and Lisa about to engage in some anger sex. The poor actress has to wrestle with a half-naked Richard on top of her on the sofa. Tough job, but I suppose someone has to do it.

Now for technical issues. Having some problems with sound. I have to run my air conditioner and even with the volume cranked up to full blast on my flat screen, still having trouble hearing some of the dialogue. I can’t seem to play it on the PC using Window Media and I never got around to installing VLC on this laptop (add to list of things to do) so I am a little frustrated in that department. After all, who wants to miss out on Mr. A’s gorgeous honeyed baritone?  Also helps if you can hear all the dialogue. 😉

I do like the black and white photography, as I have always been a fan of films and still photos in B&W. Depending on the lighting (and the scene), Richard’s features sometimes look a bit hard and “mean” and in other instances, boyish and sweet. But then, we are accustomed to that with our chameleon, aren’t we?

That being said–on a more shallow note–I am enjoying seeing shirtless RA with his broad shoulders and tempting chest. The smattering of chest hair–and suggestion of hair—down below? *gulp* Those strong arms in action. The familiar moles on his back.  I love those moles. *sigh* 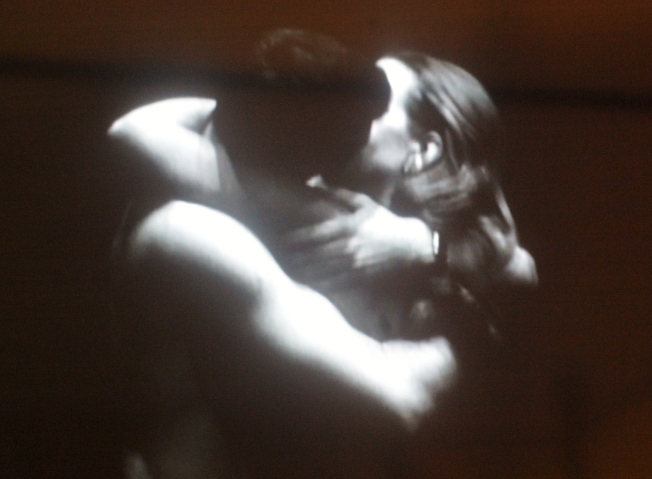 Will be interested to hear what other people think.