I’ve come to the decision this afternoon I am trying to work too hard at too many things and making a hash of some of them. I have already pretty much had to give up Twitter, as I can’t seem to juggle it and FB and the various websites and blogs I manage for personal, volunteer and business reasons, and keep up with everything else I need to do in that thing called Real Life.

My energy/pain levels are never what I want them to be–high and low, respectively–and that will be a source of trouble for the rest of my life due to the FMS and related conditions.  So something has got to give.

There are so many RA blogs out there now anyway, I am certain you all will get your daily fix just fine without me. Love you guys and take care.  I leave you with a few fave images of Mr. A over the years. 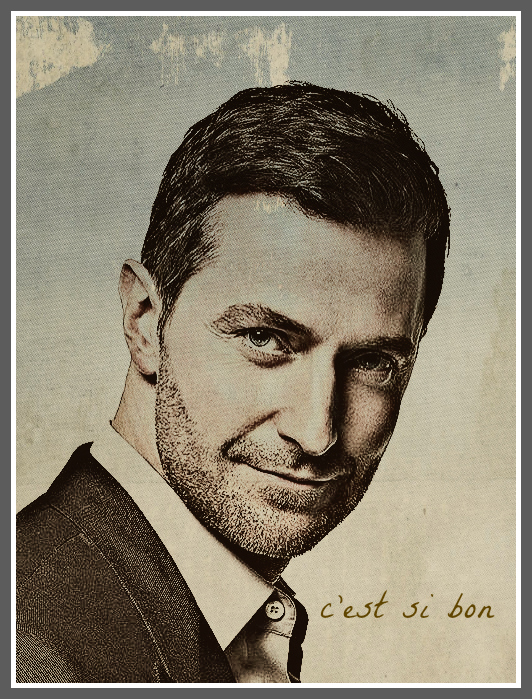 My mind is going in about a thousand different directions, so bear with me, dear friends.

OK, so I didn’t actually watch  Miley Cyrus or anyone else on the VMAs the other night, but my husband did. And it was certainly all over FB yesterday.  He said he watched because he wanted to gauge the state of pop music and where it seems to be going (his radio is busted on the Jeep, so he’s been listening to old faves on the iPod).

As with so many others,  hubby was less than impressed and not just with Cyrus’s performance (“The song was terrible–and her hair! She looked like Hellboy. And what was with the giant teddy bears??”). He was mystified by the entire state of pop music as presented on the VMAs, it seems.

“Whatever happened to–TALENT??” Benny said, heaving a sigh and shrugging his shoulders. (His imitation of Kanye West dancing while clearly performing with AutoTune was brilliant. I only wish I had captured it on video so I could share it with you.)

As to where pop music is headed–

“To hell in a hand basket” seems to be the answer he got.  Is it really that much worse, or are we just getting old and stodgy?

These are some of the tamer images.

This blog post at Roadkillgoldfish pretty much sums up what I would want to tell a daughter or granddaughter or niece–it’s worth the read:

So why do I bring up former kiddie star turned trashy pop tart Miley on a blog more or less devoted to the classy Richard Armitage? A study in contrasts. Miley is clearly an immature young woman desperate for attention, and I learned a long time ago that for some people, negative attention is better than no attention at all. She is one more former child star who came up in the show biz industry and, I suspect, didn’t have enough truly caring, nurturing people surrounding her, wisely advising her and telling her “no” and meaning it.  We all need those kinds of boundaries.

Richard is someone who also grew up dreaming of a career as a performer. He attended a special school as a young adolescent to study and train in the fine arts, a place where he was expected to work hard and pay his dues. Richard clearly had caring parents who did their best to “raise him right,” and who sacrificed so he could go to Pattison’s.  Later, when he grew dissatisfied with his career in musical theatre, he returned to school, to LAMDA and focused on his acting.

He kept working hard to pay the bills and to make ends meet when the dancing/acting gigs didn’t always fall into place over the years. He kept studying, practicing, training, working hard to hone his craft. It’s never been about “hey, look at me!” with Richard.

He loves what he does; he clearly has a passion for it. Richard wants to inhabit the characters he takes on, to become Thorin, Thornton, Porter, Gisborne–and he accomplishes that for us.

My edit. Original from RA Net

He doesn’t need AutoTune to give him a wonderful voice or to change it for a role; he does things the old-fashioned way. With TALENT. Linked with hard work and determination and focus. 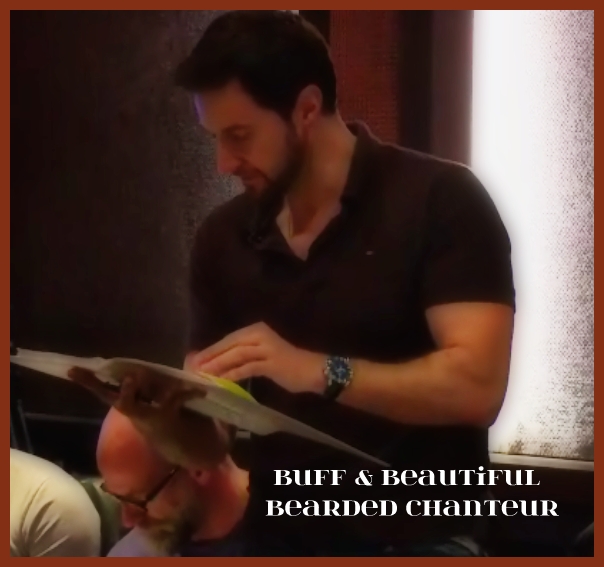 Which brings me back to Miley. Put on some clothes, put your tongue back in your mouth and work on improving yourself. Singing lessons, acting lessons, dancing lessons. Start giving back to the community. Support charities. Think about someone other than yourself. Look to some good role models (not necessarily within your family). Go for quality in life, not quantity. Millions paying attention to you for all the wrong reasons doesn’t necessarily bode well for your long-term career.

I know of a really great individual to look to as a role model . . .