Two momentous things will occur next Thursday, Nov. 21. Well, one is only momentous to me. I make my community theater debut as the tipsy and doomed Emma in “Dying for a Drink.” Final rehearsals are tomorrow night . . .

The one you’ll be interested in is the fact at 9 a.m. EST next Thursday tickets for “The Hobbit: The Desolation of Smaug” will go on sale here in the U.S. (according to the post on the “Ian McKellen” FB Page today):

‘Next Thursday at 9am ET in US, advance tickets will go on sale for THE HOBBIT: THE DESOLATION OF SMAUG  First shows will be at midnite on December 12/13.’ http://www.thehobbit.com/

Our local theatre, which now shows 3D films (if not HFR–heck, we are a town of less than 8,000 people, we are happy to have a theatre, and a very nice multiplex at that), doesn’t do a lot of midnight showings. I’d consider going if they did, although Benny would opt out, what with Friday being a regular workday for him. Think I will have to wait until a daytime showing to revisit the world of the dwarves, elves and other assorted fantastical creatures. I sort of feel as if I am going to visit old friends . . . 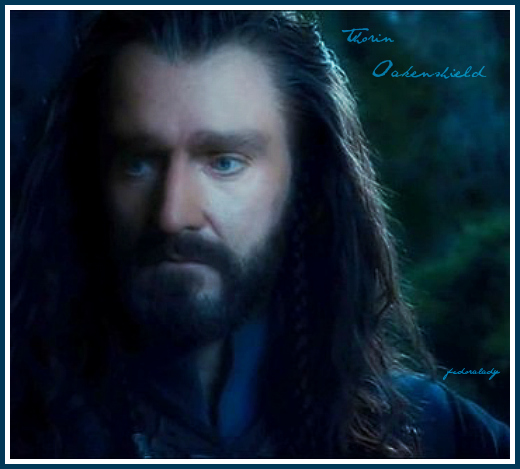 Richard as Thorin Oakenshield in my edit of a RANet screencap from the EE version of AUJ. All caps in this post, original and edited, from Richard Armitage Net.

Had fun re-visiting my old pals this weekend. Benny popped the Blu-ray of AUJ into the Playstation yesterday and stretched out with me to watch the film. This was his third time, having watched the earlier Blu-ray with me and of course, he saw it with me in the theatre last December.

I think they’ve all grown on him, those dirty, sweaty, uncouth, boisterous dwarves. He often smiled affectionately at their lines. His favorite part was still that embrace when Thorin apologizes to Bilbo and admits he was wrong. Benny did have to rib me a little about Thorin’s poor sense of direction (“Follow this guy anywhere? But how do you know where you’d end up??) but I have a sneaking suspicion he likes Mr. Armitage and his character more than he wants to admit to me, that the whole Hobbity world is growing on him. And I can live with that. 😀 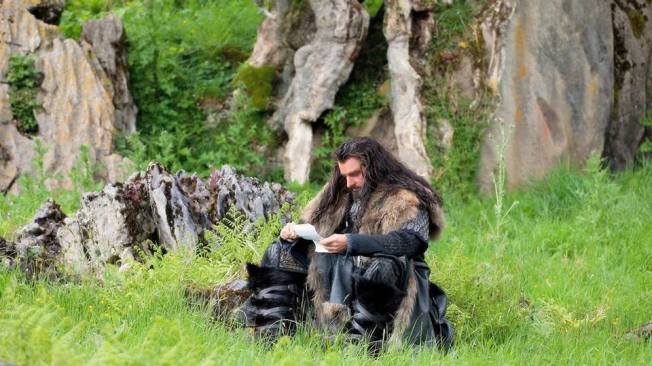 Richard on a break during a location shoot. Certainly one of my favorite screencaps from EE version.

We just dipped our toes into the extras, as we were both tired and started napping off . . . more to look forward to another day. I find myself enjoying spreading my treats out a bit these days, trying to avoid our predilection for instant gratification, as it were. 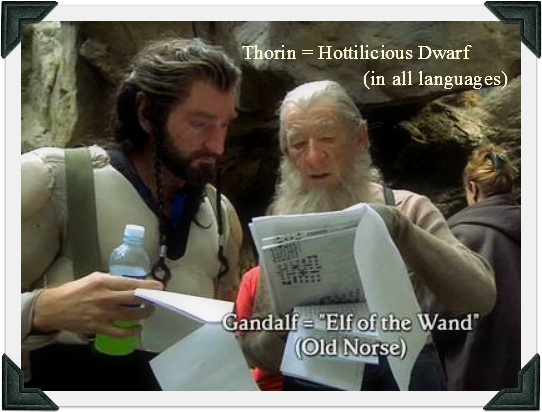 Oh, and another tidbit of good news: my DoS visual guide is due to arrive next Tuesday! Whoo-hoo! (And just what I need–another book 😉 )