Every time Richard Armitage’s hair begins to grow out a tad I have a little celebration. It’s not that he isn’t still very attractive with the cropped head, because he is. He could shave his head and tattoo it and no doubt I’d still fancy him. It’s just that for me, Richard is even more attractive when those tempting nape curls begin to sprout in back and that endearing cowlick starts to kick up a fuss on top. When there’s enough of that soft-looking hair to imagine running one’s fingers through the waves and playfully messing it up. When there’s a stray lock of hair that begs to be pushed back . . . 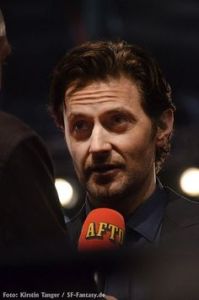 I certainly didn’t find Francis Dolarhyde’s scar from cleft palate surgery off-putting in terms of his physical appearance, and the musculature RA honed for the character was, erm, inspiring, to say the least. But I think of how Reba said Dolarhyde’s co-workers described him as “clean.” And he was certainly that: clean-shaven, very short hair, clothing crisp and perfectly laundered, ironed and buttoned up to the last button. Not a hair nor thread out-of-place. That quality I DID find off-putting.  A little disarray can be appealing, you know?

Only later, as Francis succumbed more and more to his own special brand of “Dragon sickness,” did we see him trade his buttoned-down look for sexy black leather (reminiscent, apparently, of a look Hannibal had sported, but for long-time RA fans, it was Lucas North he was channeling) and–ooh, look!–heavy stubble.  This version of Francis scared the ever-loving sh*t out of me, but I can’t deny I thought he also looked very good doing it.  If he’d had nape curls, too—*wibble* 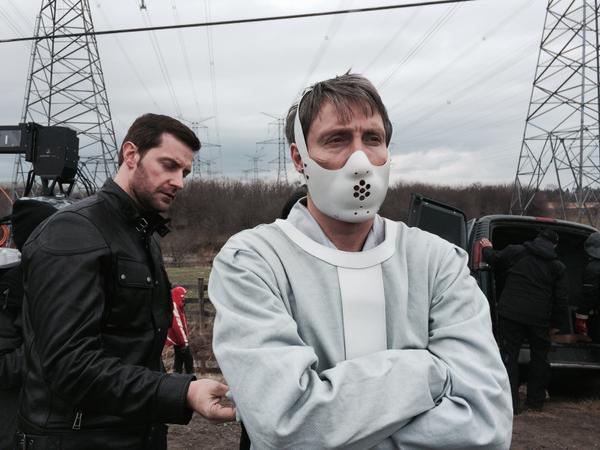 Of course, it was Sir Guy of Gisborne who first introduced me to RA as an actor, and Sir Guy’s raven locks were part and parcel of his persona.  Richard had to wear “baby” hair extensions in the back until he could grow his own “medieval mullet” for the first two seasons.  And then, for RH’s final season–we were rewarded with Guy’s Glorious Mane (and one excellent set of long hair extensions. My compliments to the set hairdresser).

In the beginning, that mane was a wild, dirty tangle worn by a drunken, vengeful man half-mad with grief and self-loathing AND OHMYGOD WAS I SMITTEN.  And introduced to the great art of hair acting via Richard Armitage.

We had two Guyless episodes (during which RA was shooting some additional scenes for Spooks) but oh, how it was worth it when Glamour Guy (fresh from Prince John’s Red Door Spa, it seemed) reappeared before our eyes.  Still, Guy being Guy, he wasn’t completely tamed (even if his lustrous locks were). And we wouldn’t want him any other way.  He was like a gorgeous black stallion . . .  proud and defiant.  And the way he could toss that mane with arrogance, anger and frustration! 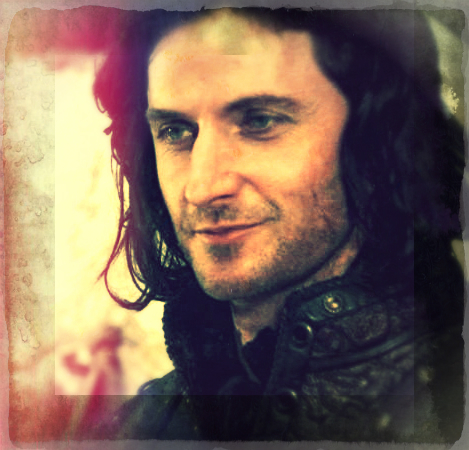 I loved how Richard incorporated his long S3 locks into Guy’s character arc. And how he equally “rocked the locks” when it came to Thorin’s beautiful long tresses in The Hobbit trilogy. Hard to imagine that character without the long, wavy dark mane shot through with silver and those fetching braids . . . 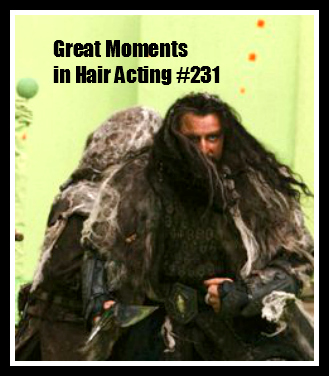 Of course, like Guy, Thorin was also magnificent when he wasn’t in the midst of a fray. Behold, Glamour Dwarf!

Richard kept his real hair quite short during the period of shooting TH (not surprising with that dome he had to wear atop his head plus that voluminous wig) and it was short for “Into the Storm” and close-cropped for his role in “The Crucible” on stage in London last year.  It will also be short in “Sleepwalker” and “Pilgrimage.”

For the role of Chop in “Urban and the Shed Crew,” we get Richard with long hair as he dons extensions once more.  Chop is definitely not a character that looks as if he just stepped out of a band box and I doubt “clean” is the first adjective that would pop into people’s minds when describing him. He’s shaggy-haired, doesn’t appear to shave too often, and mostly likes to dress down in fatigue jackets, plaid shirts with rolled up sleeves and faded jeans.  And I think Chop’s rather beautiful even when he’s a bit bloodied up and in need of some first aid. 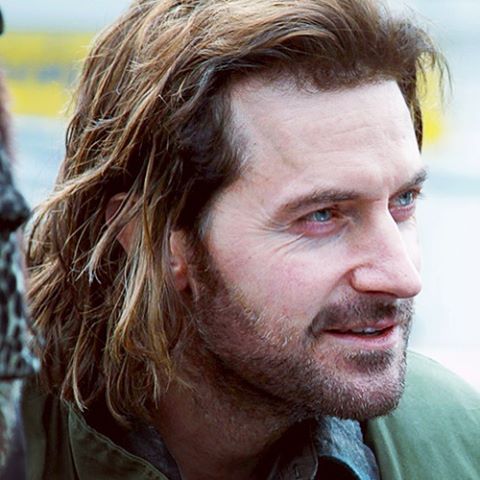 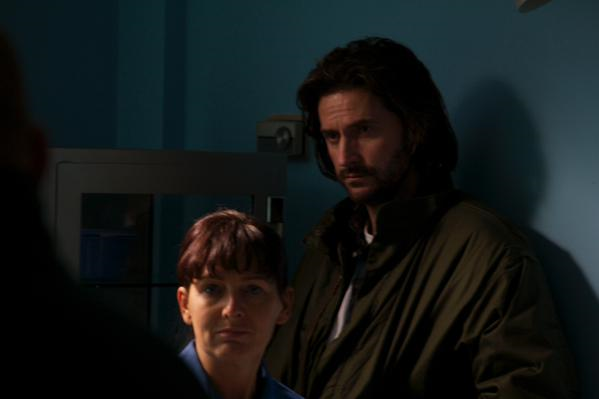 And OK, it looks like it would be fun to get up close and personal with Chop . . . as Anna Friel’s character does here. 😉

Richard and his ChaRActers clean up nicely, no doubt about it.  But there’s something about the man of many faces when he’s more casual, shall we say–the “blue jeans and t-shirt or plaid shirt” RA–that is really appealing to me. Perhaps because I can more easily relate to that image rather than the gobsmackingly stunning man in a designer tuxedo . . . perhaps he seems more approachable, more like someone I might know in real life?  Someone I might sit down and share a snack with and shoot the breeze? 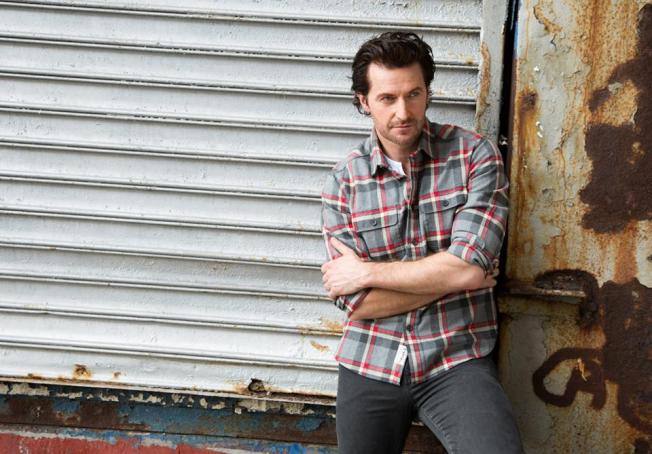 Maybe it’s the plaid shirts with the rolled-up sleeves . . . the hairy forearms . . . and the floppy hair.  And stubble.  *sigh*

Whatever, he’s got it.

And I like *it*with a little extra hair on top. 😉