I know that certain fans from overseas are having a difficult time understanding why some of us are so concerned about Mr. Armitage’s accent in the upcoming film Black Sky.
Here are my thoughts on the subject, for what it’s worth.

Let me start by saying I am a huge movie buff. Being out of work for nearly a year has allowed me to watch lots of films (see, there’s a silver lining in every cloud), including those from the Golden Age of the silver screen. Back in the day, Hollywood leading actors who were Americans rarely even attempted to do accents, regardless of whether they were playing Frenchmen, Italians, Russians, or some other nationality. Clark Gable always sounded like Clark Gable, Robert Taylor, like Robert Taylor. Occasionally, they would add a slight English twist or attempt a regional accent, with mixed success.  Accents were largely left to the character actors.

Gary Cooper was a wonderful actor and he gave a great performance as pacifist turned WW I hero, Sgt. Alvin York in Sergeant York.  But I can assure you his “mountaineer” accent was not always credible. It wasn’t “Sarah Caulfield awful,” mind you; it just missed capturing the true flavor of the regional dialect. My own mother hailed from the same hometown in Tennessee and the speech patterns of Crossville and the Cumberland Plateau differ from other parts of the state.  It’s becoming more homogenized nowadays, but back then, there was an unmistakable lilting cadence to local speech that entranced me from childhood.

Remember when Kevin Costner played Robin Hood in the Prince of Thieves film? At times he sounded vaguely British, but most of the time he sounded like, well-Kevin Costner, with that slight Midwestern twang–a tad out of place in the middle of Nottinghamshire. As I recall, he got quite a bit of flack for it. 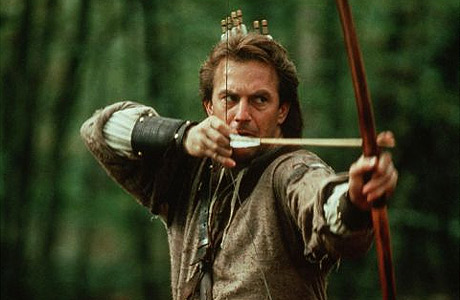 The Great Legend with a Midwestern twang.

In recent years, it has become more important for the leading man to also display character actor skills–that is, to be able to perform a credible accent suitable to the role he is playing. Sometimes lead actors still avoid attempting an accent; as a German officer in Valkyrie, Tom Cruise stuck with an American accent. Perhaps memories of the less-than-enthused critical reaction to his Irish brogue in Far & Away haunted him.

The fact is, here in the US, an actor who can’t “cut the mustard” when it comes to delivering a reasonably credible regional or foreign accent has a strike against him. If Andrew Lincoln, Richard’s co-star in Strike Back hadn’t been able to pull off a decent southern accent for the role of a Georgia lawman in The Walking Dead, it’s highly unlikely he would have ever been cast, no matter how good of an actor he is. 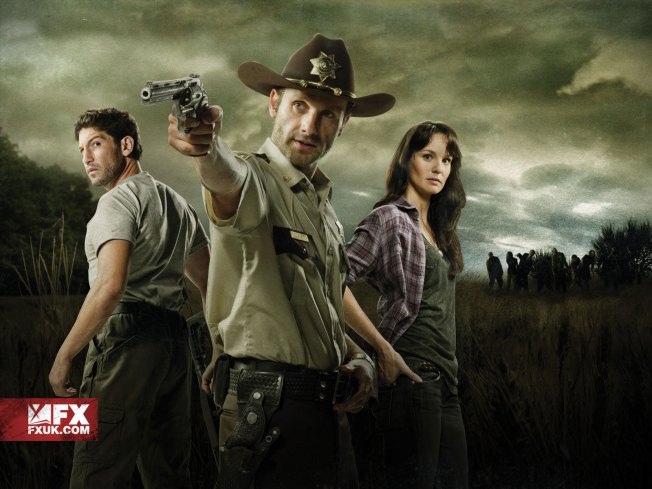 Andrew Lincoln (center) and his co-stars in The Walking Dead (coincidentally, the actress playing Lincoln’s wife is co-starring with RA in Black Sky).

Not being able to sound like someone other than yourself tends to put limitations on an actor in terms of the roles offered to him in television and film (Sir Sean Connery, the perpetual Scotsman notwithstanding)

Now, do not get me wrong; I completely and utterly adore Richard’s natural Midlands accent. Like all Americans, it seems, I am a sucker for a British accent. But I also know that some of the British actors I admire most–Michael Gambon,  Gary Oldman, Alan Rickman, Ralph Fiennes, Albert Finney, Ewan McGregor, to name a few–can also manage  credible American accents.  Yes, it’s true that his voice will be dubbed in overseas markets. But lots of ticket buyers are American. The studio execs are American. Like it or not, it is important.

Two years ago, Richard participated in a poetry reading for Words and Music for BBC Radio. Click on the above link to access the RA-only portion of the broadcast (the American accent begins about halfway through this snippet).

At the time, a number of fans (mostly fellow Americans) expressed disappointment with the accent RA adopted for some of the American poetry. Of course, this was two years ago and a lot can change in that space of time. One imagines he’s been working at it.  My take on the Words and Music performance? It wasn’t awful, but it wasn’t great. Definitely room for improvement.

I am hoping that Richard’s casting as an American school teacher is an indication he made a favorable impression on the casting director in terms of his American accent. We know on his first visit to America several years back, RA’s attempt at a Yank accent apparently fell flat (he read in what he thought was an American accent, and was asked to repeat it “and this time, in an American accent.”) Bless his heart.

So Richard, my hope is that you go forth and knock everyone’s cotton socks off as a Oklahoman in the big screen, accent and all!

(Admittedly, it probably doesn’t help that I have a particularly good ear for accents and have since I was very young. I am a natural mimic. I have no formal dialect training, but I can pull off a pretty darned good Brit accent. I have been known to fool people.  So I hold those who do have training and do this for a living to particularly high standards, I suppose. I just don’t want him to appear on EW.com’s list of Worst Movie Accents Ever.) 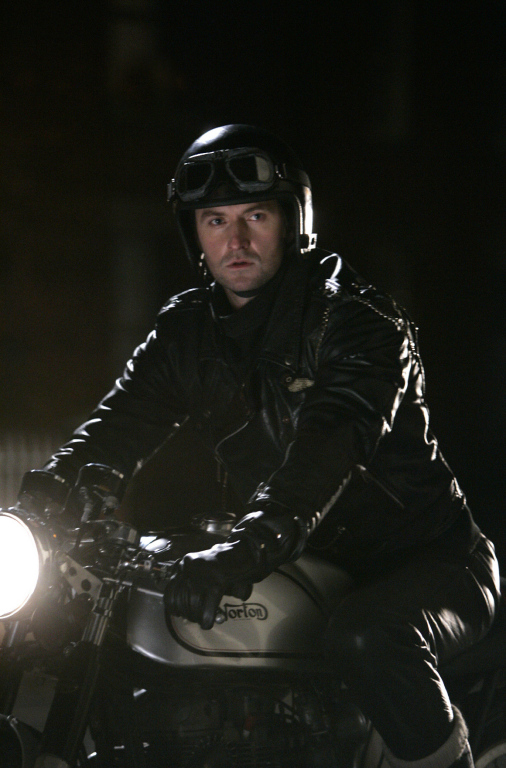 In 2007, Richard donned black leather–not to play Sir Guy, but a new character for the 60s-era BBC television drama George Gently. RA played the part of the enigmatic and charismatic leader of a Geordie biker gang, the Durham Defenders. When two of his gang members are murdered, Ricky is the prime suspect.

The rebellious Deeming does not care to play by society’s rules. His life revolves around the biker gang, which becomes like a family for its members, who all look up to their leader. Ricky glories in speed, telling detective George Gently about the attraction of it, “when you and the bike are one, the machine, the ghost in the machine . . .”

It is never spelled out in the script just what Ricky’s sexual orientation is, but several of the gang members suspect he might be gay. Homosexuality was still illegal in England at this time, and his reputation may endanger his life . . .

Richard faced two big challenges with the role: learning to master a 60’s motor bike and creating a believable Geordie accent. He actually tape-recorded a driver on the Vicar of Dibley set. Hearing the driver’s Newcastle accent, Richard asked the man to read some lines from his GG script to help him in perfecting his Deeming accent. His efforts paid off when a reviewer praised RA’s “excellent north-east accent.”

Once more Richard crafts a memorable character out of whole cloth and keeps us guessing as to what is going on beneath the surface with Deeming, an enigmatic rebel who captures our imagination. And on a purely shallow note, RA looks sexy as hell in those biker leathers.