It’s been a few days since I shared anything from the latest in the series of ‘Chronicles’ books from Weta Workshop. Thought these tidbits about various aspects of the production might make a fun read for Sunday, along with a few more images in glorious HD (thanks to Heirs of Durin) from the film.

And don’t forget if you do have a Twitter account you can vote for Bilbo as “Best Hero” at the 2013 MTV Movie Awards through tonight when the broadcast takes place.http://www.mtv.com/ontv/movieawards/2013/best-hero/  As I write this on Saturday near midnight Bilbo is still in the lead by several thousand, but that could always change . . .

The Eyes Have It

Jeffrey Thomas, who plays King Under the Mountain Thror, actually wore colored contact lenses to increase his resemblance to the actors playing his son and grandson, Mike Mizrahi and Richard Armitage, respectively.  All three men have blue eyes, but unlike his light-eyed co-stars, Thomas’s are a very dark blue that resembled black when photographed.  A pale blue contact lens color not only tied him to his son and grandson but also served to “age him as well as give him a hint of the crazy eye, which fits considering his obsession with the gold.” (Tami Lane, prosthetics supervisor)

Cate Blanchett also wore contact lenses for the role of Galadriel. Rather than completely recolor them, these lenses were designed to lighten and enhance Cate’s own pale blue eyes, “making them feel even more remarkable and beautiful, but still based on her natural coloring,” said hair and makeup designer Peter King.

Peter Hambleton, who played the dwarf Gloin, the father of Gimli of LOTR, also wore lenses to change his eye color. “I have blue eyes and we wanted to make a connection with Gimli, whose eyes are brown,” said Hambleton. The actor didn’t require the dark lenses for distant shots, just more close-up ones, and a licensed optician on set would pop them in and out for him (remember, he was wearing those clumsy prosthetic hands). “I hope the brown eyes sing out,” Hambleton said.

Thoughts on Fili and Kili (Dean O’Gorman and Aidan Turner) 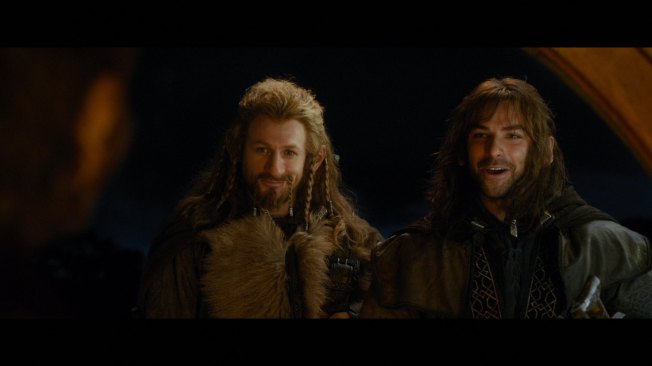 “With no sons of his own, Fili and Kili are his family. Thorin is tough on Fili and overly protective of Kili. He sees their hope and their ambition, their youth. It’s a great driving force for him, to seek out something to bequeath for their future.”    Richard Armitage~Thorin

“Dwarves are a proud and noble people who were at  one time very wealthy. They carry jewelry and ornate plaiting in their beards to show their pride and a way of holding on to their lineage. . . they begin looking very ornate and proud, but their journey humbles and batters them . . . but it isn’t the same for each of them.

‘Fili and Kili don’t have the big, ornate, blinged-out beards of their fathers. They have a different attitude and aren’t as burdened down by the loss that gnaws at Thorin and Gloin and the other Dwarves who are obsessed with the gold. They haven’t decorated themselves as heavily, like kids who can’t see the reason for wearing shoes in a restaurant. They’re not holding onto an old grudge. They’re freer spirits.” Peter King~Hair and Makeup Designer 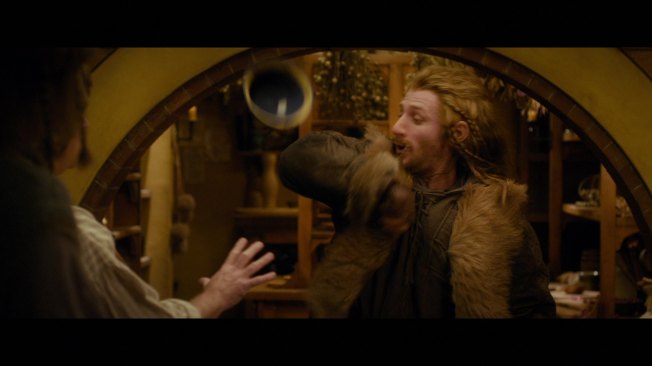 “Beards are already in at the moment, but I have to wonder after these films come out whether there might not be a sudden rise in braiding and beard decoration?”  Dean O’Gorman~Fili

“On one level, we’re funny little guys, and on another, we’ve won wars and are actually pretty dangerous  . . . don’t laugh at the Dwarves because they will mess you up.”  DoG 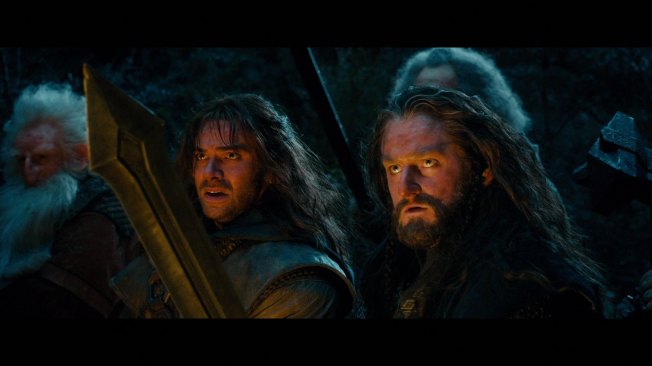 “It’s tough being a dwarf in Middle-earth. It’s exhausting  . . . they get chased around and for all the times they get caught, they really aren’t wanted anywhere.” ~Aidan Turner-Kili

I ran across this excerpt from an article done with the lovely and talented Cate Blanchett. I know she is a favorite actress of Richard’s, will be appearing in The Hobbit and is well-liked by this blogger and her commenters. Oh, if only more performers took the same attitude–there would be less celebrities walking around looking like they’ve been sucked through a wind tunnel/turned into aliens/changed their racial identity. I don’t foresee our Richard tampering with his face (thank God he never got that nose job he once contemplated. I love that magnificently masculine aquiline “hooter”).. I do hope these two get the opportunity to work together again on a future project.

Unlike some of her peers, Cate Blanchett is looking forward to aging naturally.

The Academy Award winner, 42, says she’ll never go under the knife to turn back the hands of time. “There’s been a decade or so of people doing intervention with their face and their body,” she tells Fashionista. “Now that we’re emerging from that, people are seeing that long term it’s not so great.”
Blanchett doesn’t judge women who decide to get plastic surgery, “but I know what works for me,” she explains.

“I’d just be too frightened about what it means long term. In the end if you have all that stuff done. . . you just see the work,” Blanchett says. “It doesn’t fill me with admiration — it fills me with pity.”
The Australian actress isn’t the first A-list beauty to speak out against plastic surgery in Hollywood: Kate Winslet, Rachel Weisz and Emma Thompson have all vowed to embrace their natural beauty.

Blanchett does, however, use natural means to maintain her youthful appearance

“I do the old glass of lemon juice in water in the morning. It just keeps your system going. I think it’s like people who get into colonic therapy — there’s a logic behind it. The French have been doing it, the Egyptians did it. There are certain things in ancient practices that [I won’t do] — I’m not going to bathe in my own urine.” 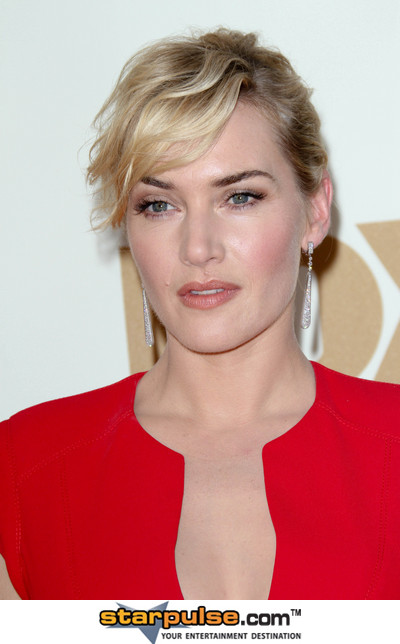 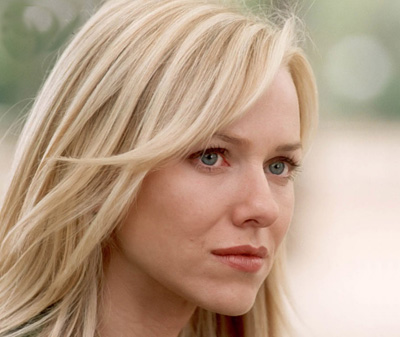