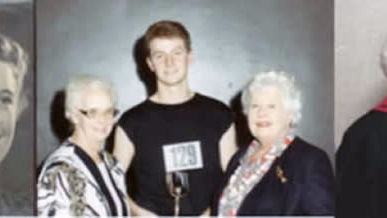 A good teacher can make a great difference in a young person’s life. He or she can inspire, encourage and instruct about more than the subject matter at hand. Good, caring teachers can share important life lessons, too, that stick with their pupils long after they’ve left their classrooms.

The lady known to Richard in his teen years as “Miss Pat” made that sort of strong impact on the budding peformer.

The following is an excerpt from an article on Annette’s site,
www.richardarmitageonline.com  For those of you who are educators who may sometimes wonder if all your efforts and hard work are worth it, know that it is. Who knows–one of your students might become as stellar a human being as Richard Crispin Armitage . . .

Between the ages of 14 and 17, Richard Armitage attended Pattison’s Dancing Academy in Coventry (now Pattison College), a stage school where he learned dance, drama and music.

In September 2010, the founder of the college, Miss Betty Pattison, died at the age of 90.

The Coventry Telegraph (25th September) reported her death, and quoted from a letter that Richard had written to her family, “I think it’s safe to say that it was the most influential time of my life and really laid the foundations for, not only my subsequent career, but also my character. At the beginning I was afraid of disappointing Miss Pat. But by the time I left I was concerned about disappointing myself.”

A memorial service was held in Coventry Cathedral on Friday 19th November 2010.

Richard was one of many past pupils and colleagues who paid warm tribute to Miss Pat, as she was known. Although unable to attend the service in person, he had recorded an audio tribute. He began by quoting from one of his old school reports from 1986, which commended him for gaining a distinction in his Grade 5 Speech examination.

A pleasing examination report. Richard has gained confidence, and should now widen his sights by doing more acting.

He continued, “Well Miss Pat, you were right, and the reason that this tribute is being delivered in a recording is because I’m sitting in traffic on the M6 after a day of acting at Shepperton Studios, where I’m lucky enough to be filming Captain America. But I wouldn’t be doing that if it hadn’t been for your school report.

“Miss Pat, you were the most influential teacher I ever had, apart from my parents. You didn’t just teach me to sing, dance and act, but you gave me discipline, self-respect, tenacity and stamina. I feel very privileged to have been one of your students. 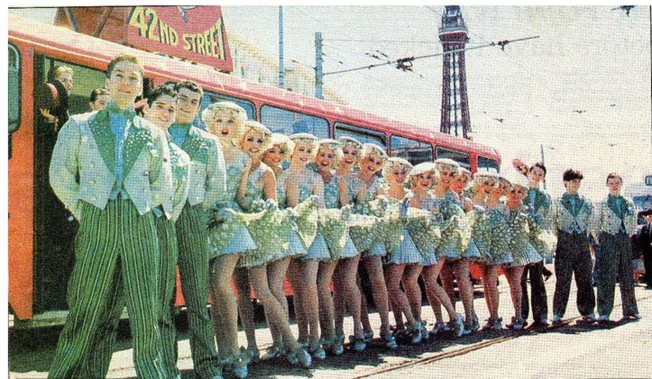 “From the freezing kitchen on a winter morning at Beechhurst, forcing down lumpy porridge, to the opening night in Showboat at the Butts Theatre, speeding up the motorway, terrified of your driving, to demonstrate the IDTA syllabus, passing my own driving test, my A levels, my cello exams – you made sure it was all there.

“And on behalf of myself, and all the other students you have nurtured over the years: thank you.”

He finished, “Oh, and by the way – you still owe me six quid for playing an elf in The Hobbit at the Alex Theatre in Birmingham, in… I think it was November 1986. But we’ll call it quits.”

He then read an extract from An American in Paris, one of her favourite musicals.