For most of the year, my TV is likely to be tuned into Investigation Discovery for a good whodunit, PBS for the classy Masterpiece Theatre or a thought-provoking documentary, or BBC America for fantastical fun via “Doctor Who.”
But somehow, come late November, this gal’s thoughts turn in the direction of sweet, snow-capped sentiments, predictable plotlines, sprightly holiday tunes and Norman Rockwell-esque small town Americana at its finest, where the denizens never meet a stranger and often speak with distinctly Canadian accents.

Yes, I fall down the rabbit hole of Hallmark holiday films, and willingly so.  They may frequently be sappy, corny and require the viewer to suspend their disbelief, but there’s just something about them that makes me come back for more.

What can I say? I have always loved Christmas and I’ve always had a sweet tooth.

(All images courtesy of Crown Media)

One of my favorite Hallmark holiday films is this one, and not just because it features some adorable felines.

The holiday movies are pretty much non-stop on both the Hallmark Channel and Hallmark Movies and Mysteries this time of year, with a dozen or more new ones churned out every annum for Thanksgiving and Christmas, almost all of them filmed in Canada (hence those distinctly North of the Border vowels).

I find I can go about my business online, doing photo and video edits, creating and flogging my Crick Bank Kitty merchandise, working on humane society projects and have one of these films playing in the background without it being a distraction from RL work. I don’t have to hang on to every word or every visual to know how it’s all going to end. Into every life there comes a need for some feel-good fluff.

The films usually star actors who had hit TV shows in the US back in the ’80s or ’90s, or beloved character actors in supporting roles (these folks often steal the show). One of the leads might come from a stable of Canadian actors who have become familiar faces to me and my fellow sugar addicts. Make no mistake, there are some genuinely talented folks who appear in these films (and often make them watchable in spite of lackluster/ludicrous scripts). Let’s be honest, though–you don’t find a lot of current A- or even B-listers roaming around the set of a Hallmark film.  Certainly not one of the oft classically-trained Brit actors I so admire.

Lucas and Adam meet on RA’s first (and RPJ’s last) episode of Spooks. They had nice on-screen chemistry in their scenes together. 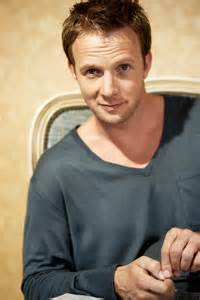 So I have to admit I was surprised to see RA’s former “Spooks” co-star Rupert Penry-Jones in one of the Hallmark Channel’s new holiday offerings for 2015, “Crown for Christmas.” The film pairs Rupert with Danica McKellar, formerly of the dramedy “The Wonder Years” and reality show “Dancing with the Stars.”  Danica plays an aspiring artist who scrapes by as a maid at a ritzy big city hotel–a job from which she is fired when she tries to help out her sister and fellow maid. But never fear, Danica’s honesty (she turns in the pricey Rolex left by a certain distinguished guest) leads to her being whisked off to Europe to serve as a governess to a princess.

Naturally, with his delicious English accent and tall, regal good looks, Rupert plays , er, King Maximilian, the widowed ruler of a mythical European kingdom. He has troubled connecting with his little princess, Theodosia, who, in turn, acts out and drives one governess after the other out of the castle. Do we all know where the plot is going from here? Of course, we do. The adorable fish-out-of-water American lass wins the hearts of the child, the staff and ultimately, the king himself. And they live happily ever after . . .

Danica McKellar as the spirited American whisked away to a royal castle to serve as a governess to a little princess.

Yes, I know, it’s been done before, over and over, variations of the same theme. And Danica, while lovely, is, at 40, probably a little long in the tooth for this particular role (something else common to these films–actresses and actors are frequently cast in roles more suitable to performers a decade or two younger).

But I found I did enjoy this offering more than some of the Hallmark holiday fare (there are a few so wretchedly scripted and acted I just can’t force myself to watch. Avoid the Santa films with Steve Guttenberg at all costs).

Rupert definitely brought some class and nicely understated acting to the role. Only a handful of reviews so far, but it’s got a solid 7.2 on IMDB, considerably better than most Hallmark films (admittedly, most of the reviewers seemed to watch primarily for RPJ). Rupert also had truly nice chemistry with the talented young actress playing his daughter, who actually looked as if she might be his offspring. 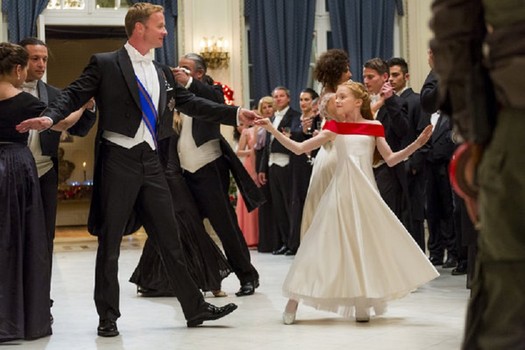 Rupert Penry-Jones and Ellie Botteril as father and daughter in “Crown for Christmas.”

So– how did the lovely Rupert, who has, like RA, performed in legitimate theater in London, end up doing a fluffy Hallmark film? It seems he has joined the cast of the acclaimed FX thriller  “The Strain” (created and co-produced by no less than Guillermo De Toro).  And the show just happens to film in–yep, Canada (a number of US series do shoot in Canada–like “Hannibal.”).  (I haven’t watched this vampire drama yet, but we have all the eps on our DVR.) 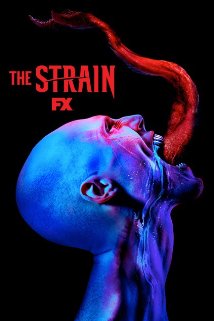 So, I have to ask myself–would I mind it if Mr. A showed up in a Hallmark film? Would his fans mind?  Would there be thudding and squeezing or weeping and wailing and gnashing of teeth–or some of both?
No doubt he’s done some controversial roles before (thinking of the polarization caused by “Hannibal”) and likely will in the future, because we know he’s not content to play the same type of character over and over again.  And I think he rather enjoys surprising his fandom with some of his choices. He does maintain a sense of humor about it all.

And he hasn’t actually played a human king . . .    😉   Or maybe they could bring back RPJ for a second “Crown” film with RA as his royal cousin looking for love . . . hmmmmm.

(Tongue firmly tucked into to cheek tonight, dear ladies. Have a wonderful week!) 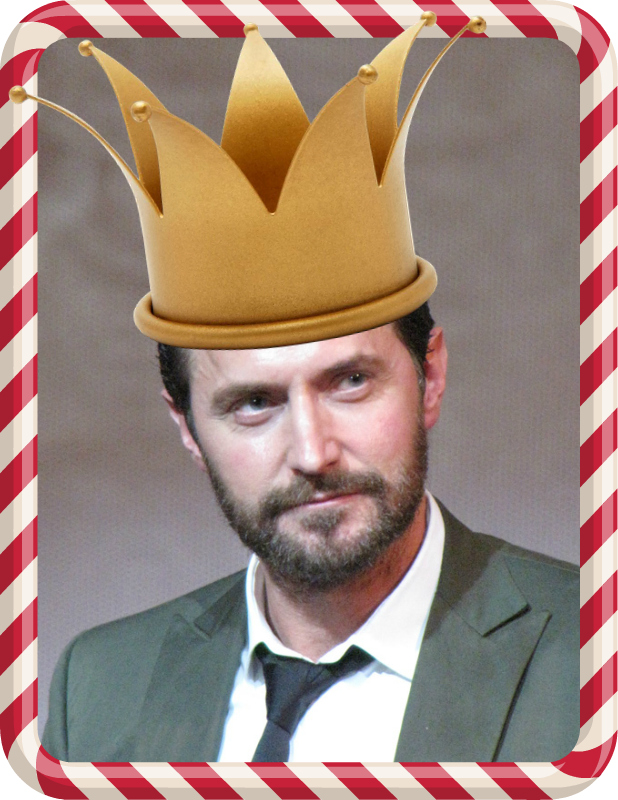