This has been a favorite Christmas song of mine ever since I find heard it on the last Bing Crosby Christmas special in 1977, aired a short time after Bing passed away: “Little Drummer Boy” with counterpoint “Peace on Earth.”  Such an unlikely pairing–androgynous glam rocker David Bowie and old school crooner Ba-Ba-Ba-Bing–and it yet it worked so beautifully.  In the wake of recent events, I find myself wondering once again–“Peace on earth, can it be . . .”  It’s what I wish for us all in this holiday season. Peace, love, kindness, joy. 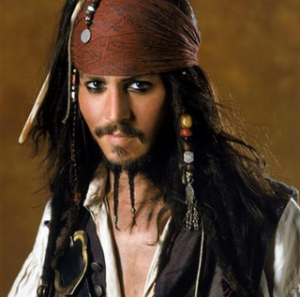 John Depp as Captain Jack Sparrow. Pirate and predecessor of rock gods of the future? 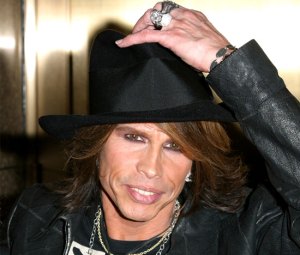 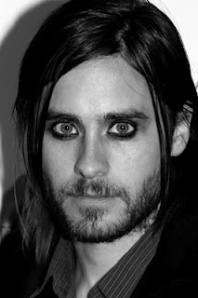 Jared Leto. You're a very pretty boy, Jared, but this is just plain scary.

Sir Guy, you're beautiful. And your eye shadow rocks.

One of my favorite parts of Sir Guy’s look (well, there are many favorite parts) is his Guyliner. Richard has extraordinarily beautiful eyes to begin with, and the use of makeup only enhances that and gives a further smouldering edge to his already smouldering edginess as Sir Guy. Being of fair coloring to begin with, Richard, like Elvis before him, better carries off the dark hair he was given for the role of Guy by having his brows and eyelashes darkened as well. The makeup artists further intensified Guy’s look by artful use of eyeshadow.

I felt the application of Guy’s eye makeup was at its zenith with the return of Glamour Guy in S3. There are shots of him glancing down and I thought, “Damn! He’s beautiful. And his shadow looks really good!” (I confess I am a real girly-girl who loves her mascara and lippie, in spite of having done little to my face over the last few months).

Lot of actors/musicians like to rock the liner to give them that edgier look, but not all do it as well as Sir Guy, I fear.
Even with the long hair and the makeup, Guy’s ALL boy. Nothing androgynous or effeminate about him. Of course, in the case of some performers, that ambiguous look is what they are aiming for. Think David Bowie as Ziggy Stardust.
I have included a few photos for your perusal.