I’ve long been fond of the works of the late MC Escher, a Dutch graphic artist known for bringing a mathematical sensibility to his creations, which often featured optical illusions with a surreal quality about them.  So I loved this play on his famous drawing “Hands.” 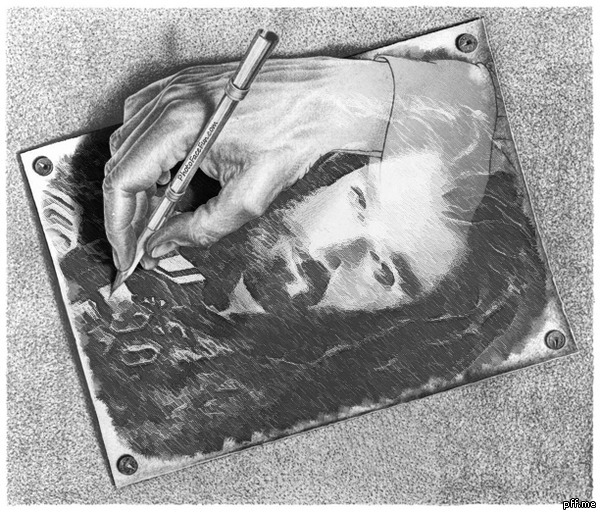 I would love to have the opportunity to draw Mr. Armitage’s hands, other than simply from photos. Hands are tricky to draw, which makes it all the more satisfying when you get it right. His are so elegant, the hands of a musician (one can easily imagine him drawing his bow across the strings of his cello or holding his flute as he plays), an artist (think of Monet painting with feverish intensity in his passion to capture the light).

Escher had no mathematical training and in fact, was a poor student in school. But he had a natural affinity for math as he did for drawing. His understanding was intuitive and resulted in some unforgettable artwork.  Not so unlike RA’s own intuitive approach to characters that goes beyond the classroom training he received in drama school. 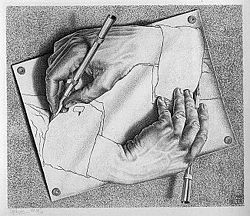 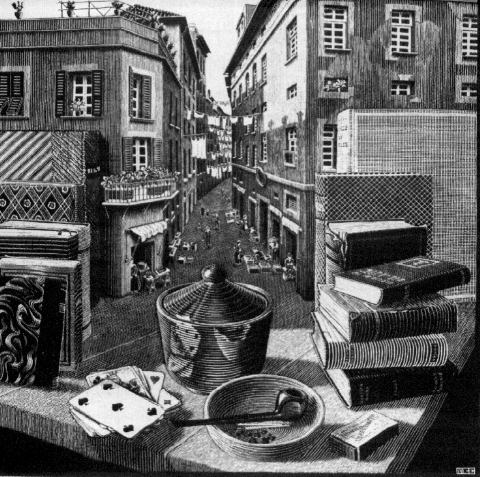 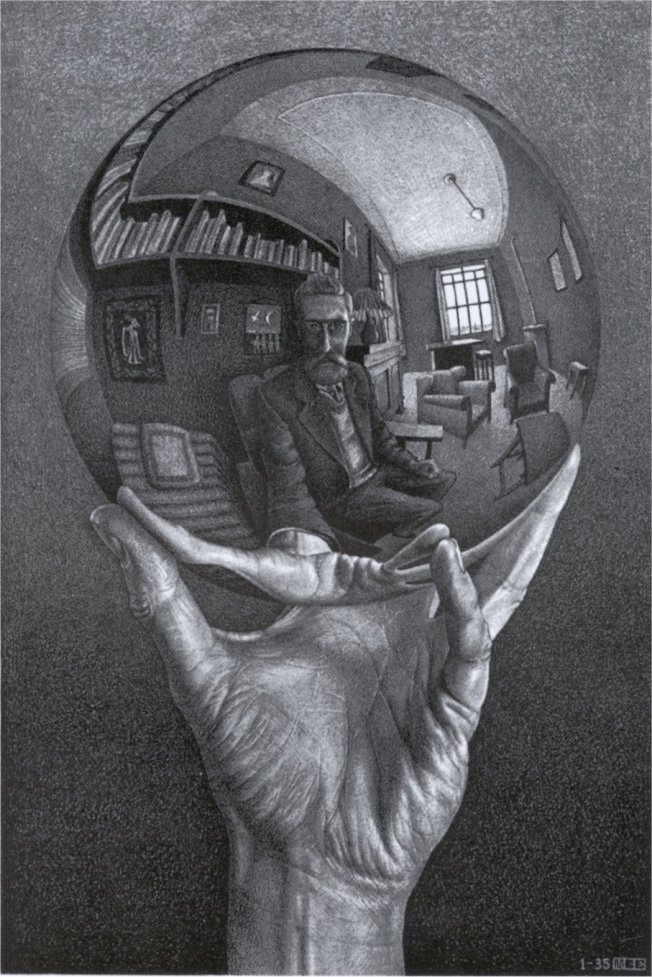 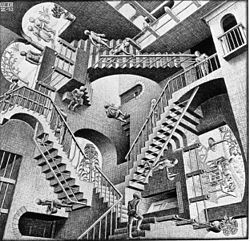 One of Escher’s most famous works, “Relativity.”

I need to let you all know it now appears, barring a miracle, that I won’t be going to Comic-Con after all. A few of you know the reason why. I don’t mean to be oblique but it is a difficult  subject for me at present, as you might expect, and  it’s something I do not desire to discuss here on the blog. Don’t worry, I haven’t suddenly discovered I have an inoperable tumor or anything like that.

I know many of you were very excited at the prospect of this adventure for me and I appreciate it more than you can know.

Please– feel free to comment on the post itself, but Comic-Con is off-limits here on the blog for now. Thanks for your understanding. And thanks for your support of the blog.  I may have some enemies, but I think I have even more good, strong, and true friends.