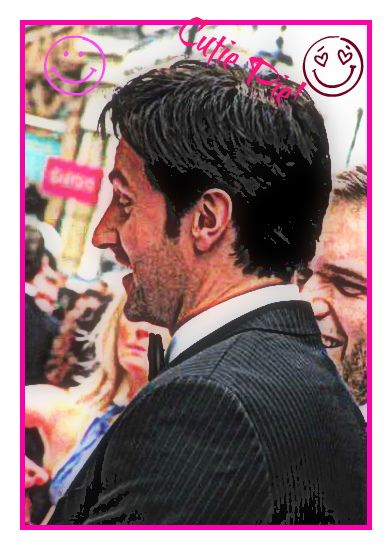 Richard as his usual friendly and genial self on the BAFTA red carpet.

Couthie stems from the Old English word cuth, originally meaning “to know.” It arose in the 1700s in Scotland in the sense of “agreeable.”

When I think of Richard in his encounters with fans, whether on the red carpet, or outside of a TV studio, on a film set, or otherwise, I think of how sweet and pleasant he always appears to be. I’d say that bonny lad is downright couthie.

Thank you, Richard, for being so couthie to all the Ardent Armitage Aficionados out there!