Lucas, in my Land of the So Not Dead, is now happily out of the spy game and re-discovering the love he had for art. I loaned him art supplies as a form of therapy after the great mission to rectify what was done to him by TPTB. And  for Christmas that year, I gave him supplies of his own. He’s done beautifully ever since then, growing in his skills and exploring his creativity, healing little by little, one day at a time. Monsieur Monet stepped in when I requested it to provide further artistic tutelage. It’s been a happy arrangement.

Those two have since become fast friends as well as teacher and student. Two men of different nationalities, from different times and places, yet able to find common ground. 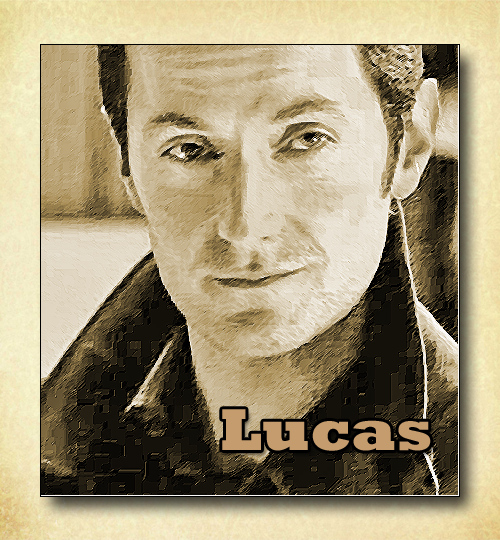 Some of you who have read my fanfics Dangerous to Know and Lost & Found are familiar with my cat, Puddin’ aka Puddie. She became a very important supporting character in those stories–a long-haired tabby of ample proportions and a lot of  “catittude.”  She gained her own little fan club, and she adored every minute of it.  A diva in fur, indeed.

Puddie’s health has been in decline in recent months.  She’s been losing weight steadily.  The cats all tend to lose a little weight in the hot weather, especially since our central air went out,  but nothing like this.

We’ve given her special nutritional supplements and bought the “good” cat food in hopes of tempting her. She still enjoys her canned food, but seems interested in little else anymore.  Slowly but surely she seems to be fading away before our eyes.

Tonight I picked her up and she felt like little more than fur, skin and bones.

And tonight, I finally asked what I just could not put into words before now. “She’s dying, isn’t she, Benny?”

“I’m afraid so,” he said softly, with kindness in his dear blue eyes, and gave me a hug. I commenced crying all over the poor cat, which hardly made her feel better.  Sometimes, you just can’t help it.

She proceeded to go over and eat a little canned food when I put her down, as if to say, “Hmmmmph. I am NOT done yet.”

We can’t remember just how old Puddie is.  She was a mostly wild kitten when we first encountered her on the back porch of my parents’ farmhouse–I don’t know, 15 or 16 years ago?  Slowly, we gained the orphaned kitten’s trust and ultimately her love.

She was a bit funny-looking early on. For a long time one eye was slightly larger than the other and her ears were so big we called her “Bat Cat.” She grew into her looks, however, and become a beautiful cat with the most delicious purr. Like that of a big V-8 engine–smoooooth.  Dare I say, a Richard Armitage sort of purr, were he a cat.

None of us can live forever, and our pets have far less time on earth than we do.  Goodness knows I have loved and lost so many animals in my lifetime, from accident and injury, illness, old age and even through the malice of others. Still, I don’t regret a moment of it.

I don’t know how much longer we will have her with us. Puddie isn’t in pain and this give me some comfort.  And I know she has already gained a sort of immortality.  In her own way, my big, beautiful, grumpy, funny, proud cat will be SND, too. And live on with the lads and Ladywriter in Sloth Fiction Land . . . 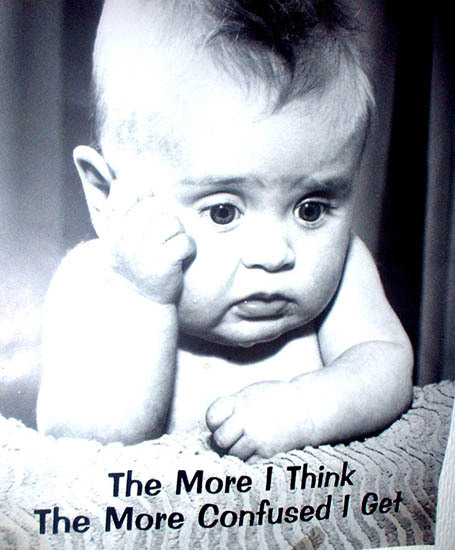 “The word for today, Sir Guy, is ‘addlepated.'”

Ladywriter shoved an errant strand of blonde hair from her eyes and sighed. Sir Guy looked up from Mr. LW’s new Kindle Fire, a freebie he’d obtained through work (the Tall Dark Handsome Sexy Black Knight snuck in and borrowed it while Mr. LW was taking a nap. Even 12th century boys enjoy their high-tech toys).

She shrugged her shoulders and scratched her head. “Well, this writing software has an autosave feature, which was on, and yet, somehow–I lost an entire scene in Chapter Two of The Lady & the Panther.”

LW gave him a bemused look. “Now, I am not certain if I actually wrote it, or dreamed I wrote it during my afternoon nap. And it was a dandy scene.  Suspense and angst. Anyway, I went back and re-wrote it and added some more. Another 1,200-plus words down, only 95,000 or so to go on this revision of the revision.”

“I knew your vivid imagination would not fail you, dear LW.” Guy rubbed his handsome aquiline nose. “So–you’re writing in your sleep now?” His mouth curled into one of his trademark smirks. “Writing about–ME?”

“Mmmmmm. Your 18th century incarnation with a few tweaks AND the lovely but troubled heroine. As I said, I am not sure if I wrote it while I was half-asleep and then accidentally deleted it or never typed it in the first place. Addlepated. That’s me today.”

“As you 21st century types would say, ‘Stuff happens.'”

“Indeed it does, Sir Guy, indeed it does.” She sighed. “It just seems to happen to me more it does to the average person.”

“I must say, LW. Life with you is rarely boring.”

She grinned. “Yeah, I could say the same about you, my dearest dark knight.”  She glanced at the Kindle Fire in his lap. “Googling yourself again, by any chance?”

Yeah, he knows you want him. But I can’t blame you one bit.

He cleared his throat. “Not–necessarily.”

“As they say in South Dakota–‘you betcha.'”

Once upon a time, a good Samaritan in our little hometown was shopping on a rainy, dreary day. While hurrying across the parking lot she saw a dog worrying at something.

That something turned out to be a small black and white kitten, soaked to the skin beneath her fur.
The kitten was ripped open at the abdomen and the dog had practically chewed her leg off.

And yet–the kitten was struggling to get back up and stand her ground against her foe. Undeniably, she had spirit, this one.

The good Samaritan took the kitten to the local vet. Her back left leg was too far gone to save and had to be amputated. He tucked her guts back in and sewed up that abdomen. Truthfully, he didn’t really expect the small and badly injured kitten to survive.

The kitten was fostered by another good Samaritan, and not only did she survive, she began to thrive.

She needed a good permanent home, and so the kind woman started looking for one. She thought she knew the perfect place.

A local newspaper reporter–call her Ladywriter–had often mentioned her pets and prediliction for taking in strays. She was a sucker for an animal in need.

And so the little three-legged cat with a Hitler mustache found a new home.

Because of her unique walking style and the sound it made when her back end bumped against the floor, she earned the name “Thumper.” Thumper was a strange little cat who at times would suddenly start shaking like a leaf, her green eyes getting huge. Her new parents thought it might be some sort of post-traumatic stress disorder.

She mostly kept to herself rather than interacting with the other felines in the household. When you picked her up, she would growl deep in her throat and trying to nip you. But there was something about her . . .

After she was “fixed,” Thumper became more mellow. She would rub herself happily against your feet and even rappel up the side of the bed to join her adopted parents. She still wasn’t exactly the warm and fuzzy type. But she didn’t try to bite you anymore, either. And sometimes she would even climb up for a purr and a cuddle.

When the chaRActers started hanging out in Mr. and Mrs. Ladywriter’s den, they became acquainted with the family’s canines and felines.

Guy found himself amused at how happily the disabled cat would rub against his big black boots and the way she managed to move pretty quickly in spite of her handicap, almost scuttling like a crab. He taughed at the story of how Thumper had managed to tip over a small wastebasket with her chin in order to get at the forbidden dental floss inside it without actually turning over the container. She was no dummy, either.

Sir Guy found himself taking a fancy to Thumper–a dark cat who had struggled to survive against the odds, scarred by life’s experiences. A cat with a bite who nonetheless needed affection and love just as we all do. The cat had spirit. The cat had moxie. Her, he liked..

And that’s how Thumper the Three-Legged Tuxedo Cat with the Hitler Mustache became the Dark Knight’s favorite cat.

PS She really isn’t keen on posing for photos. She can be as stubborn as a certain tall and beautiful henchman.