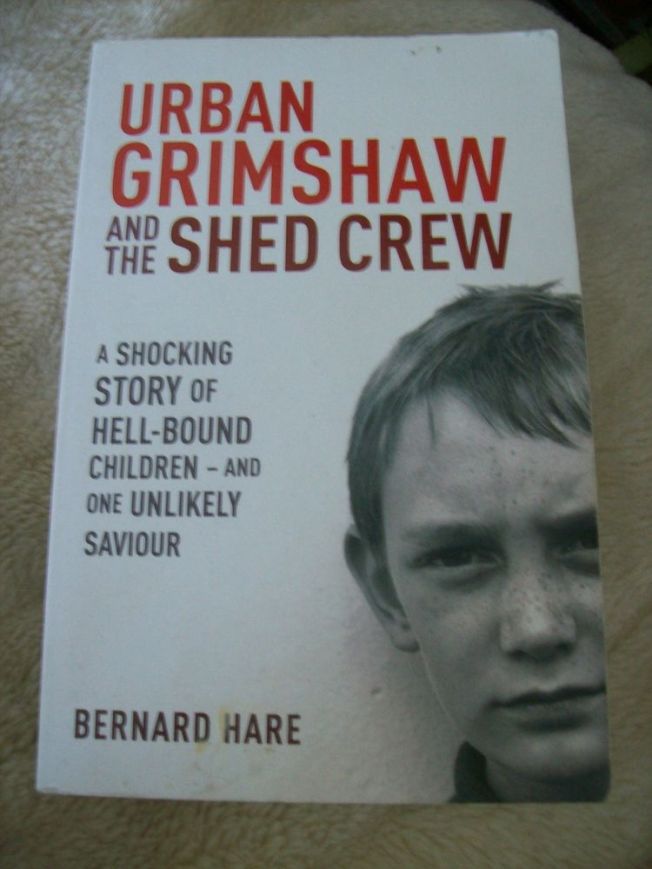 I always seem to read any books on which RA’s projects are based (although I did not make it all the way through the novel Strike Back, I confess), so it’s no big surprise that I ordered a used paperback of the Bernard Hare book on which RA’s upcoming film Urban and the Shed Crew is based.  Published in 2005, the book was both a critical and commercial success. I think I will actually finish this one. It’s coming from the U.K. so it will take a month or so.

RA’s character “Chop” is based on author Hare’s own experiences as a disillusioned man trying to clean up his life and help an illiterate runaway nicknamed Urban and others of his ilk on Leed’s poorest streets back in the 1990s.

Hare, a native of the Yorkshire mining town, had himself left his job and turned to drugs and drink by the time he encountered Urban. Just judging from what I have read in synopses and reviews, this role sounds as if it offers elements of John Porter ( a man fallen on hard times and seeking a sort of redemption) and the soldier character leading a band of children to safety that he was slated to play in the “Charlie” film.  Bernard “Chop” Hare is described as an “unlikely savior,” and as I’ve said, I suspect the role is just the sort of thing RA relishes sinking those rather lovely teeth right into.

Blenheim Films, http://www.blenheimfilms.com/ is a well-regarded production company in the UK “dedicated to producing films with integrity.” I like the sound of that, personally.  A small film, not a blockbuster with a huge budget and elaborate special effects. A film about people, struggle, tragedy, transformation and the resilience of the human spirit.

Here’s the real-life Chop and Urban engaged in a chess game, courtesy of the “Urban and the Shed” Crew Facebook Page.

So–are you planning to read the book? And what do you think about this project for RA?